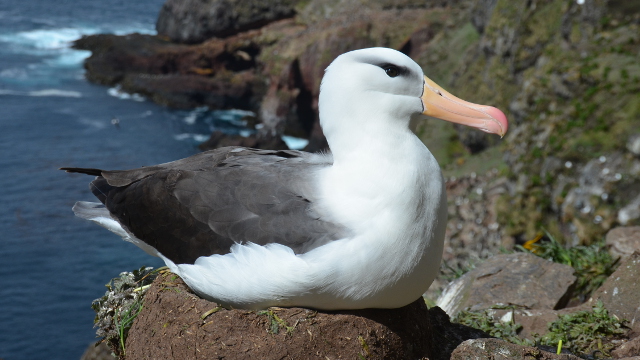 In a study published today (March 21) in PLOS ONE, a different group of researchers from the French National Center for Scientific Research in Villiers en Bois, France, report seemingly contradictory findings: young birds, they find, produce chicks with shorter telomeres and poorer body conditions compared to middle-aged birds. Rather than using an experimental approach, Frederic Angelier and his colleagues took samples from black-browed albatrosses (Thalassarche melanophrys) in the wild.

A striking difference between the two studies is the lifespans of the bird species,...

Another distinction is that Jose Noguera of the University of Vigo in Spain and his colleagues used an experimental system. They mated zebra finches in the lab and measured telomere lengths of the resulting embryos, not birds that developed to term, to address how paternal age effects offspring telomere length. This set-up removed any post-hatching environmental factors, including their parents’ care, that might influence telomere length. “The story could be slightly different in populations [of zebra finches] that have to face several environmental constraints in the wild,” writes Angelier.

In contrast, Angelier tested whether, in a wild population, middle-aged albatross parents with more experience in rearing young would have healthier offspring with longer telomeres at three months of age compared to those of young, inexperienced parents. In comparing the two reports, Angelier is now wondering whether sampling the telomere lengths of offspring fathered by very old albatross parents would result in similar shorter telomere lengths that Noguera found in his work.

For both Noguera and Angelier, the two studies are complementary. “We need more experimental studies on different species to understand how parental age influences offspring telomere lengths and whether the patterns are species-specific or not,” writes Noguera in an email to The Scientist.