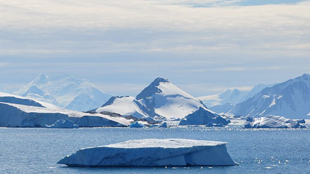 Antarctica is the coldest, driest, windiest place in the world, and is often considered the most isolated and pristine. But now, because of human impacts, the Earth’s southernmost continent is rapidly changing—not least of all due to the alien species humans are unintentionally introducing, according to a study published today (March 5) in the Proceedings of the National Academy of Sciences.

Visitors carry tens of thousands of seeds into the Antarctic each year on their clothing and in their bags, researchers found, and more than half the seeds belong to cold-adapted species capable of surviving the continent’s icy conditions. And as the climate continues to warm, more regions of the continent become habitable to these intruders, they concluded.

“A risk assessment such as this one is long overdue,” said Anthony Ricciardi, an invasive species biologist at McGill University in Canada,... Annual bluegrass, the most widespread alien plant in the sub-Antarctic region, has colonized the Antarctic PeninsulaWIKIMEDIA COMMONS

Steven Chown of Stellenbosch University in South Africa and colleagues sampled 2 percent of the tourists and scientists that visited Antarctica in 2007 and 2008, during the first iteration of the International Polar Year, a large scientific program focused on research in the Arctic and the Antarctic. The team used vacuums to collect seeds from the pockets, boots, backpacks, and gear of 853 individuals. On average, each person carried 9.5 seeds, with scientists tending to carry more seeds than tourists. In all, the team estimated that visitors hauled in about 70,000 seeds into Antarctica during the first summer of the IPY. “That’s quite a large number,” said Chown. “It’s pretty surprising.”

The researchers identified the seeds using photographs in seed atlases and online databases, and found that half of them were from species capable of surviving low-temperature environments.

The team then mapped out regions in Antarctica that are at highest risk for invasion by these species today and in 2100, based on climate change models from the Intergovernmental Panel on Climate Change. Today, the Western Antarctic Peninsula is the most likely place the plants could flourish, but in 100 years, the Antarctic Peninsula, Ross Sea, and East Antarctic coastal regions will also be susceptible to invasive species, the authors found. “This is a serious problem that everybody needs to pay attention to,” said Chown.

And the current assessment may only be “the tip of the iceberg,” said Ricciardi. Studies elsewhere have shown that travelers carry fungal spores, insect eggs, and other invertebrates in their clothing and gear, he said. “If we’re looking at the absolute picture of what threatens Antarctica, it involves more than plants.”

For now, governments and organizations can use this risk assessment to pinpoint which regions of Antarctica should be most carefully observed and guarded. And visitors can employ simple strategies to prevent carrying in alien species, said Chown, such as vacuuming out their gear prior to visiting and cleaning their boots and clothing carefully. For individuals, “mitigation measures are not that difficult or expensive,” he said.