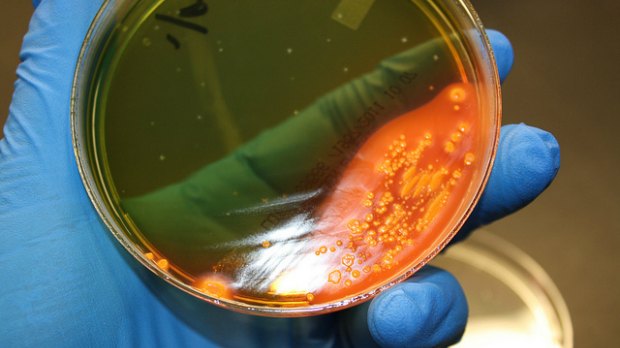 FLICKR, VEEDUNNFor the first time in Brazil, a person has tested positive for carrying bacteria with the antibiotic-resistance gene mcr-1, which blocks the drug colistin. As researchers reported today (August 8) in Antimicrobial Agents and Chemotherapy, the bacterial plasmid resembled antibiotic-resistant strains present on other continents.

The gene had already cropped up in livestock in Brazil—in addition to animals, food, or humans in China, Asia, Africa, Europe, North America, and Argentina. In this latest case, a 60-year-old diabetic patient with a foot ulcer tested positive for E. coli bearing mrc-1. He had gone through multiple rounds of various antibiotics, and ended up having his foot amputated, the researchers noted in their paper.

The E. coli plasmid, called lncX4, which the researchers recovered from the patient was 99.9 percent similar in sequence to a Klebsiella pneumonia plasmid taken from a person in China and to an E....

“What is surprising is the fact that the IncX4 plasmids bearing mcr-1 obtained from different bacterial species, belonging to different [sequence types], isolated in different clinical contexts and found in different continents are highly similar in the plasmid backbone sequences,” the authors wrote. “This strongly suggests that self-transmissible IncX4-type plasmids may represent promiscuous plasmids contributing to the intercontinental spread of the mcr-1 gene.”