West Nile virusFLICKR, CDC/CYNTHIA GOLDSMITHIt’s a truism that antibiotics won’t help treat a viral infection. And it now appears they could even hurt, making viral infections more severe. In a study out today (March 27) in Cell Reports, researchers found that when mice were treated with antibiotics and then infected with pathogens in the flavivirus family (which includes Zika, West Nile, and dengue), they fared far worse than their untreated counterparts. The authors suggest the antibiotics may have compromised the animals’ immunity by altering their microbiomes.

“The clinical phenotype of the animals when they got antibiotics, compared to those that didn’t, was pretty dramatic. They got a lot sicker and then they died, ultimately, of West Nile encephalitis,” says Michael Diamond, an immunobiology researcher at Washington University School of Medicine in St. Louis who led the study. “And this was true not just for West Nile virus, but also for two related viruses in the family, Zika virus and also dengue virus.”

While the idea that antibiotics can modulate antiviral immunity is not new, an interesting aspect of this study is that it suggests a mechanism for that effect, says Paulo Verardi, a virologist at the University of Connecticut who was not involved in the study—namely, that changes in gut microbes affect the abundance and activity of immune cells present in the body. “What they were able to show is that they do have an impairment of this T-cell immunity, particularly the [CD8+] T-cell immunity,” he tells The Scientist.

The question motivating the study, Diamond says, was to find out why some people get extremely sick from West Nile infections, while others come away unscathed. Genetics, age, and immune-system strength are all known to influence the severity of West Nile infection in humans, he explains, but they collectively only explain a small portion of the wide variability in symptoms. While many people who are infected experience no symptoms at all, a few become gravely ill or even die.

Previous studies by other groups had found that mice could ward off some viral infections after oral antibiotic treatments, presumably through the drugs’ effects on the microbiome. But for other viruses, the medication made infections worse. To test the effect of antibiotic treatment on flavivirus infection, Diamond and his colleagues treated mice with vancomycin, neomycin, ampicillin, and metronidizole—an oral cocktail shown to deplete microbiota—for 14 days before and 14 days after injecting the animals with West Nile virus. While 80 percent of untreated mice survived for at least 21 days after infection, just one of the antibiotic-treated mice made it that long. Survival similarly plummeted even if the antibiotics were stopped either seven or three days prior to infection, and if the virus used was dengue or Zika. Treating the mice with just ampicillin, or amoxicillin plus metronidizole, also decreased survival, though not by as much as the full cocktail.

While 80 percent of untreated mice survived for at least 21 days after infection, just one of the antibiotic-treated mice made it that long.

The researchers also found that the cocktail-treated mice that had not been exposed to a virus had fewer of the cells in bone marrow that give rise to immune cells. And even before infection, the treated mice had different levels of various immune cells in some of their tissues from their untreated counterparts, while other tissues were the same between the two groups. To further tease apart the effects of one class of immune cells, CD8+ T cells, which recognize and kill infected host cells and had been shown in previous studies to be key to clearing West Nile from the central nervous system, the investigators treated the cocktail-dosed mice with West Nile virus–specific effector CD8+ T cells from other animals. They found that the immune cells increased survival after West Nile infection, though not to the levels seen in mice not treated with antibiotics. This suggests that altering CD8+ T cell activity is one important way in which the microbiome affects immunity.

Nichole Broderick, who studies host-microbe interactions in Drosophila at the University of Connecticut and was not involved in the new work, says the tissue-specific effects the researchers saw point to considerable complexity in the factors that determine susceptibility to disease. She notes that the antibiotics could have affected antiviral immunity independently of their impact on the microbiome—a possibility the study could not rule out. Broderick suggests doing the experiment in germ-free mice could help clarify whether that’s the case.

“They saw that some organs had impaired [immune] response whereas others didn’t,” says Akiko Iwasaki, an immunologist at Yale University who has collaborated with Diamond in the past but was not involved in this study. This raises the question for future research to explore how changes in the microbiome affect particular immune-related organs. It will also be important to tease out “which bacteria is doing what,” she adds, as that understanding could help in devising therapies, such as probiotics, to restore immune responses. 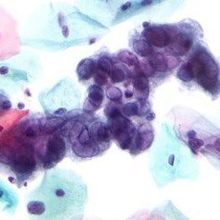 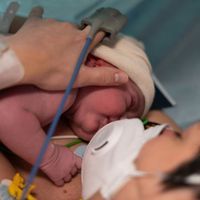