A mix of two monoclonal antibodies against HIV tamped down virus levels in patients not taking antiretroviral medication, according to the results of two early-stage clinical trials reported today (September 26) in Nature and Nature Medicine. After several infusions of the broadly neutralizing antibodies, most patients kept the virus at bay for two to three months before it returned.

“Ultimately, this may not be good for everybody, and it’s expensive. But if you think about cancer, we’ve really made a big difference with immune therapies,” Michel Nussenzweig, an immunologist at the Rockefeller University who led the studies, tells Science. “For HIV, there’s no such thing.”

Typically, patients taking antiretroviral medications are on them for life, and must take them daily. In the search for a longer-lasting treatment, scientists have looked to antibodies against the virus, but so far, HIV bounces back quickly after people have received experimental antibody treatments.

Nussenzweig’s group decided to try a combo of two monoclonal antibodies, both targeting the HIV envelope, rather than just one.

One study gave three infusions of each antibody to 15 patients who stopped their medication. Nine saw their viral load suppressed for 15 to 30 weeks before it rebounded.

The other study treated seven patients who had not been taking antiretroviral drugs. Four responded, and their viral loads stayed low for three months before returning.

“Antibodies can be used as a safe, new treatment to allow people to go ‘off’ of drugs for several months,” Nancy Haigwood, an AIDS researcher at Oregon Health & Science University who was not part of the research, tells AFP. 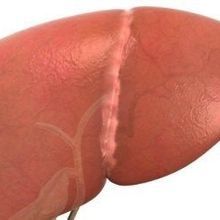