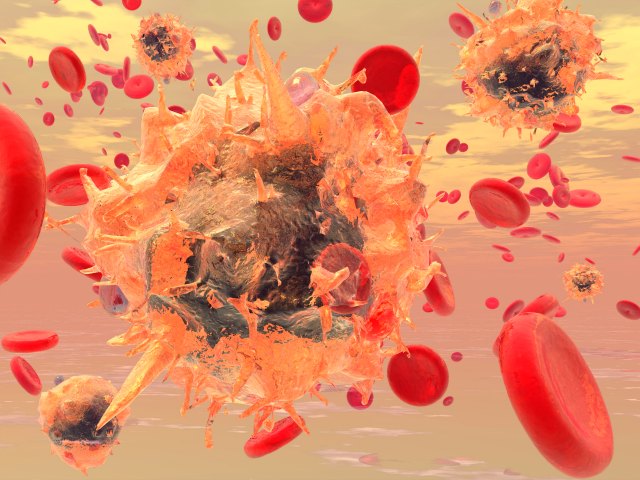 ISTOCK, BIOGEEKImmunotherapy, which involves adapting immune cells to destroy specific cellular targets, has made a name for itself treating cancer. But over the last few years, a handful of research groups have advanced T-cell therapies for viral infections, and are now on the cusp of commercialization. “Using T cells to target infectious diseases is not a new field,” says immunologist Michael Keller of Children’s National Hospital in Washington, D.C., “but it’s something that’s expanding a great deal.”

A handful of groups in the U.S. offer donated T cells engineered in-house as antiviral therapies to bone marrow transplant patients, who are vulnerable to infections from common viruses. The treatments are still experimental, reaching only small numbers of patients so far. But almost 50,000 people a year receive blood-producing stem cell transplants and could potentially be helped by such an intervention. Keller is among those trying to advance antiviral immunotherapy....

For now, such treatments are limited by the number of available bone marrow donors and the diversity of their blood types and history of viral exposure. But when used, 70 percent to 90 percent of recipients can fight infections, depending on the match with the donor. So researchers are pursuing a combination of strategies aimed at either banking T cells from donors who have already experienced viral infections or training virus-naive T cells taken from unexposed tissues such as umbilical cord blood to help make antiviral immunotherapies more robust and more widely available.

The early days of antiviral immunotherapies

Over the past several decades, most research on antiviral T cells has focused on people undergoing bone marrow transplants for blood cancers such as leukemia. Such transplants resets recipients’ immune systems, making them vulnerable to common viruses such as cytomegalovirus (CMV), adenovirus, Epstein-Barr, BK virus, and herpesviruses. Because most people have natural defenses against those pathogens, medical treatments are in short supply, and immunosuppressed transplant patients are easy victims for fatal viral infections.

I think as a clinician and as a researcher it’s very satisfying because you really do see very high response rates and it does impact on patients’ lives directly.—Katy Rezvani,
University of Texas MD Anderson Cancer Center

In the 1990s, immunologists began exploring whether the same tricks that fight tumors might also help against the viruses that afflict transplant recipients. In 1995, immunologist Stan Riddell of the University of Washington and Fred Hutchinson Cancer Research Center in Seattle showed that transferring T cells from donors already exposed to CMV to a bone marrow transplant patient could overcome an infection.

Transplant patients’ immune systems often struggled with other factors in the donor blood, however, provoking graft-versus-host disease. In a more targeted approach developed in the last few years, researchers have tried modifying and amplifying the desired T cells from donor blood. In one approach, they infect cultured B cells in the lab with viruses. The B cells then present antigens unique to the viruses, stimulating the production of the appropriate T cells.

But these methods can take eight to 12 weeks, and in some cases, require working with dangerous live viruses. In 2014, a team reported a safer and faster shortcut: using a library of peptides, they could nudge donated T cells to replicate in vitro in just 10 days. Other groups have used virus fragments, proteins, or viral vectors to create various antigen-presenting cells for activating T-cell production.

Keller’s group is now using the peptide library method in a Phase 1 clinical trial that tests for protection against multiple viruses. But the overlapping activity of the therapies, which act on so many different pathogens at once, may be difficult for companies to define enough to win regulatory approval, warns hematologist David Gottlieb of the University of Sydney, Australia, who studies post-transplant cell and gene therapies. Instead, it may make sense to develop more-straightforward separate therapies that protect against fewer viruses.

To bank or to build

All these methods involve modifying donated T cells using external stimuli, which requires institutions to maintain volumes of T cells on hand. But “it’s not always easy to get donors that have sufficient amounts of the [desired] virus-specific T cells,” says hematologist Jiri Pavlu of Hammersmith Hospital in London.

Several institutions are conducting experimental therapies and figuring out the mechanics of banking T cells for antiviral therapy. Immunologist Katy Rezvani of the University of Texas MD Anderson Cancer Center in Houston says her institution began banking T cells three years ago and has since treated two or three stem cell transplant patients a month for CMV, BK virus, and John Cunningham virus infections. Now, they can begin treatment within 24 hours of identifying the need, by drawing on frozen T cells from donors previously exposed to viruses that are semi-matched to the patient’s immune system.

Those semi-matched donated T cells that have been exposed to viruses are detectable for about two to three months after transplant, when the patient’s own immune system recovers from the transplant and shows the donated T cells the door. “If you use a partially matched donor, you’re bridging them to combat whatever infection is occurring until the new immune system is fully emerged,” Keller says.

A drawback is that donated T cells vary in their efficacy against viruses, and researchers suspect that it may have to do with the donor’s history of exposure to the viruses and the types of T cells involved. So, researchers at Children’s National have begun experimenting with training T cells from so-called virus-naive sources of blood, such as umbilical cord or peripheral blood. The cells may offer more-predictable protection with fewer side effects.

Several institutions are conducting experimental therapies and figuring out the mechanics of banking T cells for antiviral therapy.

Although still slower than a banked product, virus-naive T-cell immunotherapy can be produced in about eight weeks, the team reported this year. The idea is interesting, says Rezvani, but its effectiveness is still less understood and the process is cumbersome.

Another intriguing possibility in the field of antiviral immunotherapy is to modify donated T cells using the same genetic interventions that have made chimeric antigen receptors (CAR) such a hit against cancer targets. Essentially, T cells are genetically modified to produce a receptor—the CAR—that recognizes a particular protein on a cancer cell, or in this case, a virus. “Using CAR T-cell technology would ensure you had cells that targeted specific viruses,” says Pavlu. Indeed, last year, a Chinese-American collaboration redirected T cells using CARs to target several viruses in addition to treating acute myeloid leukemia (AML), they reported in Leukemia Research.

Pharmaceutical firms have invested billions of dollars in cancer immunotherapies over the last few years, and the US Food and Drug Administration (FDA) began approving such therapies in recent months. But the investment bonanza has yet to hit antiviral T-cell therapy. While a handful of companies, including Atara, Viracyte, Tessa, and Cell Medica, have partnered with university researchers and conducted Phase 2 trials, most of the work on antiviral T-cell therapy is still funded by governments and private philanthropy, Keller says.

Nevertheless, antiviral T-cell therapy is “very exciting,” Rezvani says, “and I think as a clinician and as a researcher it’s very satisfying because you really do see very high response rates and it does impact on patients’ lives directly.”