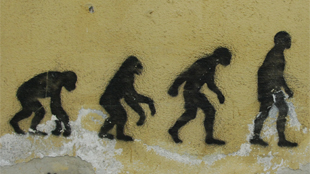 Humans can evolve even when monogamy limits their potential to produce children, according to research published today (April 30) in Proceedings of the National Academy of Sciences. Using church records of the marriages, births, and deaths of nearly 6,000 people living in Finland in the 18th and 19th centuries, an international team of researchers showed that the population’s reproductive fitness varied enough for natural selection to act.

“This is a good confirming instance, with solid evidence” that humans still have the potential to evolve in modern times, said Stephen Stearns, an evolutionary biologist at Yale University, whose own work has suggested the potential for continuing human evolution beyond prehistoric times. Stearns, who did not participate in the current study, explained that the extremely strong data set, in which researchers could track each individual from birth through death, helped bolster the argument for...

Whether or not humans could continue to evolve after adopting an agrarian, monogamous lifestyle has been hotly debated, said co-author Alexandre Courtiol. Monogamy, for example, limits the numbers of kids people have, and thus reduces the variation in reproductive success among individuals, while agriculture helps buffer people from environmental selection pressures by allowing them to stockpile food. Thus, monogamous, farming humans have a drastically reduced the potential for evolution, Courtiol explained. But some biologists feel that these factors wouldn’t abolish selection pressures altogether, and that humans continue to evolve today.

In order to examine the potential for selective pressures to continue influencing human biology, Courtiol and his collaborators looked at a population of Finns during the period 1760 to 1849. Thorough church records during this time allowed them to track each person from birth, through all marriages, to death, while noting all of their offspring along the way. Because the population was strongly monogamous, explained Stearns, researchers could confidently assign children to specific parents, and thus accurately estimate people’s reproductive success. The more variation in the number of offspring individuals leave to future generations, the more susceptible the population is to selective pressures, such as disease.

Sure enough, Courtiol and his co-authors found that reproductive fitness, or the total number of children each person had, varied enough to allow for selection. The researchers looked at four areas that could contribute to variation— whether the person survived to sexual maturity (age 15), whether he or she married, how many times, and the number of children per marriage—and calculated how much each of these factors influenced overall fitness.

Not surprisingly, the researchers found that the number of children per marriage strongly influenced individual fitness. In addition, they found that survival was an even more important factor, likely because the Finns had a high rate of infant and childhood mortality. Finally, the number of marriages  tended to influence men’s fitness, but not women’s. Men who remarried often married a younger woman still capable of bearing children, thereby increasing their own potential number of offspring. Women who remarried, on the other hand, usually did so later in life, after their reproductive window had closed, said Courtiol.

The data suggest that the population may well have been evolving. Traits that benefitted survival, for example, such as resistance to influenza, would have been selected for, and become more common in the population. Courtiol and his collaborators did not measure any specific traits, however, and thus merely demonstrated the potential for selection to occur, not that it did.

And it’s not the first study to find such evidence. Jacob Moorad, an evolutionary biologist at Duke University, and his colleagues published last year a study of 19th century Mormon populations in Utah that suggested the number of marriages strongly influenced male fitness in this polygynous society, while childhood mortality appeared to play a smaller role.

Going forward, combining such data with modern genetic techniques will give a more complete understanding of how humans might evolve over time, said Stearns. “Basically, the take home message is that our fundamental biological nature [may be] changing.”