An oceanic “conveyer belt” that pulls warm water from tropical regions up into the northern Atlantic and cold water back toward the south is now the weakest it’s been in more than 1,000 years, a new study finds. The work, published yesterday (February 25) in Nature Geosciences, aligns with earlier predictions and findings about the effects of climate change on what’s known as the Atlantic Meridional Overturning Circulation (AMOC), but uses proxy measures to go further back in time and confirm the unprecedented nature of these recent changes.

“I think it just makes this conclusion considerably stronger,” Stefan Rahmstorf, an oceanographer at the Potsdam Institute for Climate Impact Research in Germany and a coauthor of the study, tells The Washington Post.

Rahmstorf and his colleagues compared the results from 11 indicators of the strength of the AMOC’s circulation, which has only been measured directly since 2004. Those indicators included reconstructions of ocean temperature patterns and data on deep-sea sediments, going back to about 400 CE. The patterns in nine of the indicators were in agreement, coauthor Niamh Cahill of Maynooth University in Ireland tells Inside Climate News, and together they show a “consistent picture” of unprecedented weakening of the circulation.

The study found an initial weakening of the AMOC in the mid-1800s, corresponding to the end of a relatively cool period known as the Little Ice Age, and a sharper decline beginning in the mid-1900s as human effects on the climate accelerated. A news release states that previous studies have found about a 15 percent decline in strength of the AMOC since the mid-1900s. Researchers have predicted that this slowdown will affect fisheries, and could lead to sea level rise and more frequent hurricanes on the East Coast of the US, as well as more extreme weather events in Europe.

An explanation of how the "ocean conveyer" works
YOUTUBE/ONE OCEAN

Philip Duffy, the director of the Woodwell Climate Research Center in Massachusetts tells Inside Climate News that models of human-induced climate change have predicted the effects on the AMOC that the study found. “If this continues, the societal consequences will be pretty significant,” he says, citing cooling of the Atlantic near Greenland. “Another consequence is accelerated sea level rise along the U.S. east coast, which we are seeing already.” Duffy, who was not involved in the study, adds that the full collapse of the circulation system is a “low-probability, high-consequence event.”

“The AMOC has a profound influence on global climate, particularly in North America and Europe, so this evidence of an ongoing weakening of the circulation is critical new evidence for the interpretation of future projections of regional and global climate,” Andrew Meijers, the deputy science leader of polar oceans at the British Antarctic Survey, tells The Guardian. “The AMOC is frequently modelled as having a tipping point below some circulation strength, a point at which the relatively stable overturning circulation becomes unstable or even collapses. The ongoing weakening of the overturning means we risk finding that point, which would have profound and likely irreversible impacts on the climate.” Meijers also was not involved in the study.

“If we continue to drive global warming, the Gulf Stream System will weaken further, by 34 to 45 percent by 2100 according to the latest generation of climate models,” says Rahmstorf in the news release. “This could bring us dangerously close to the tipping point at which the flow becomes unstable.” 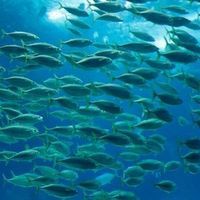 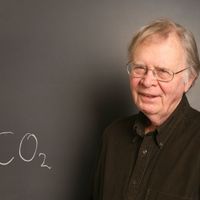