As of today (January 29), the World Health Organization had confirmed a total of 6,065 cases of the new coronavirus that started causing pneumonia-like symptoms in people in Wuhan, China, late last year. Sixty-eight of those confirmed cases come from 15 countries outside of China, raising concerns about the worldwide spread of the pathogen.

Researchers are studying the virus in hopes of aiding the effort to treat infections and minimize further transmission. Julian Druce, head of the Virus Identification Laboratory at the Peter Doherty Institute for Infection and Immunity in Melbourne, Australia, and colleagues announced yesterday that they’d successful grown the virus in cell culture, after having isolated it from the first person in the country to be diagnosed with 2019-nCoV infection.

The group, the first outside of China to successfully culture the virus, will share it with the WHO, which will distribute samples to research labs around the globe—something Chinese groups who claim to have grown the virus in the lab have not yet done. Working with the cultured virus may allow researchers to develop better treatments as well as diagnostics by detecting antibodies specific to 2019-nCoV, for example. “There are some things that are much easier to do when you have the virus,” Mike Catton, a deputy director of the Doherty Institute, tells Nature.

The news from Australia comes days after the WHO confirmed the first person-to-person spread of the virus outside of China: an individual in Vietnam who acquired the infection from a family member. Additionally, there have been media reports of a tour-bus driver in Japan who may have contracted the virus while transporting tourists from Wuhan, and a German man is thought to have been infected by a colleague who had recently visited Wuhan, China, according to Nature.

In a study published today in The Lancet, researchers in China analyzed the genomes of coronaviruses isolated from nine patients in Wuhan and found that 2019-nCoV is most closely related to two bat-derived SARS-like coronaviruses. The findings point to bats, which are sold at the Huanan seafood market in Wuhan, as a possible origin for the new outbreak. The Chinese team reports that eight patients had recently visited the market; the ninth patient had stayed in a nearby hotel.

“These data are consistent with a bat reservoir for coronaviruses in general and 2019-nCoV in particular,” coauthor Guizhen Wu of the Chinese Center for Disease Control and Prevention says in a press release emailed to journalists. “However, despite the importance of bats, it seems likely that another animal host is acting as an intermediate host between bats and humans.” The study also found evidence that the virus has only recently emerged in humans, with the genomes of the viruses isolated from the different patients differing by less than 0.1 percent.

The WHO is starting a global database to collect anonymized clinical data on infected individuals, and the agency will be hosting a meeting tomorrow to discuss whether the current outbreak should be considered a global health emergency. 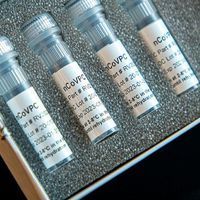 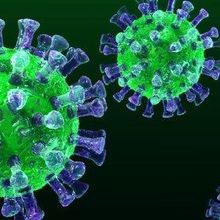 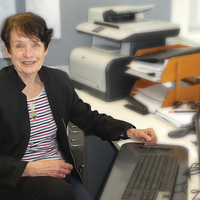