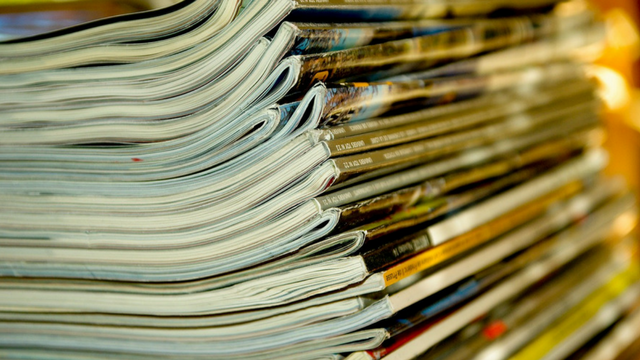 Update (June 16): The American Psychological Association (APA) issued a news release yesterday (June 15) stating that it will be focusing its journal monitoring and takedown pilot program solely on piracy websites and will no longer target individual authors with Digital Millennium Copyright Act notices of copyright infringement.

“We regret that our recent takedown messages upset some of our authors, who are not the target of the program,” Jasper Simons, APA executive publisher, says in the release. “Our goal remains to preserve the integrity of the scholarly record and stop the illegal sharing of content on piracy sites. We support the noncommercial sharing of content by our authors in line with our posting guidelines.”

Kim Mills, the APA’s interim senior communications advisor, says the APA was responding to concerns raised by authors on social media, though she adds: “I’m not going to say [The Scientist...

The American Psychological Association (APA) has been doling out Digital Millennium Copyright Act (DMCA) notices of infringement to authors who posted unauthorized versions of their own articles to their university websites. The notices are part of a pilot program seeking to crack down on violations of APA journals’ copyright.

This week, the APA increased the pilot’s scope to target all 29 of its journals, up from the five journals it started with in February, Kim Mills, the APA’s interim senior communications advisor, writes in an email to The Scientist.

“The takedown notices went primarily to online file-sharing [and] piracy websites, many with malicious intent. However, notices also went to such sites as researchgate.net and academia.edu, as well as to about 80 university websites found to be violating our posting guidelines,” says Mills.

Fernanda Ferreira, a psycholinguist at the University of California, Davis, received a DMCA notice on behalf of the APA on Tuesday morning (June 13), requesting that she remove a copyrighted article she authored in the Journal of Experimental Psychology: Learning, Memory, and Cognition from her lab’s webpage.

She removed the article right away, acknowledging that she had violated their policy, but says she found it distasteful.

“Everybody believes that sharing our results with each other and making our papers and our data as accessible as possible is really important,” she says. “This is the new culture of science, and this policy and this enforcement [are] completely at odds with that.”

Ferreira served as editor-in-chief of the Journal of Experimental Psychology: General for about four years, and says that in her experience, the APA has an “almost adversarial relationship with scientists.” According to her, the APA is behind on open access practices in publishing. “The journals are big money makers for the APA,” she adds.

According to Mills, authors “are free to post the final accepted, preformatted versions of their articles on their personal website, university site and author networking sites.” When authors post the formatted, copyrighted version, “there is no guarantee to readers that they are looking at the authoritative version of an article,” says Mills. “Unauthorized versions could be missing important updates, such as corrections or retractions . . . [or] could also be infected with viruses. Additionally, we believe it is necessary to protect the copyright of articles APA publishes.”

Ferreira says she finds it “incredibly condescending” that the pilot program is written as if it’s trying to protect scientists. She also acknowledges that there are other ways she can share her research.

Nathaniel Daw, a neuroscientist at Princeton University, also received a DMCA notice from his university June 13 alerting him to remove a Journal of Abnormal Psychology article he authored and posted on his lab’s website. He replaced his infringing article with the DMCA notice.

“It’s maddening that they would use copyright to come after us,” says Daw. “Obviously, they have the right to, though it seems like they shouldn’t.”

Daw was aware of the policy, though he regarded it as “reasonably, a symbolic thing,” an understanding that for-profit publishers wouldn’t enforce this policy when the violators are the authors themselves, posting their own articles on their personal webpages. The scientists who write these journal articles do so for free, says Daw, then sign over the copyright. “[The APA] is breaking the truce, and I think they should back off.”

“They’re a nonprofit professional society, they’re supposed to be on our side,” adds Daw.

“[The APA is] concerned that some authors are upset,” says Mills, and has responded to the authors’ concerns over Twitter yesterday (June 14). “However, it’s important to note that all APA journal authors sign a form agreeing to our publishing guidelines when their manuscripts are accepted.”

University of Virginia social psychologist Brian Nosek, cofounder and executive director of the Center for Open Science—an organization whose mission, according to its website, is to “increase openness, integrity, and reproducibility of research”—stresses that the APA is allowed to issue these notices. But should they? “This is where it gets murkier,” says Nosek. He says he thinks this will force researchers to acknowledge issues in scholarly publishing that “they usually ignore.”

“Do they care that they are signing away their rights to share the output of their research? If they do care, then they need to advocate and start to practice alternative models,” he says.

“The positive thing is that there are already solutions,” he says, adding that researchers retain the rights to the content within their manuscripts, and can post unformatted versions using preprint sharing services, such as PsyArXiv—a service specific to psychology.

Publishers asserting their copyright controls may serve as a wakeup call, says Nosek. “Researchers will realize that the system isn’t working well in the 21st century.”