Plastic has long been a major source of pollution in landfills and in oceans, especially as it degrades into pieces smaller than 5 millimeters, termed “microplastics.” Experimental studies have shown that these particles and the cocktail of chemicals they carry can wreak havoc on physiology, reproduction, development, and behavior in a number of nonhuman species.

Scientists have found evidence that humans also drink, eat, and inhale tens of thousands of microplastics each year, and a study published today (October 19) in Nature Food estimates that babies may be ingesting up to 16 million microplastic particles per liter of baby formula prepared using a polypropylene bottle.

In our example, the microplastics are generated by the utensils you’re using during the food preparation process. There’s an immediacy to the presence of microplastics, and that’s a first.

The researchers followed the World Health Organization’s protocol for preparing baby formula by sterilizing polypropylene baby bottles, air-drying them, and then pouring in water heated to 70°C. After shaking the bottles for a minute, they filtered the liquid and analyzed it under a microscope, finding millions of microplastic particles, whether they used actual baby formula, deionized water, or tap water.

The authors of the study note that there are no known adverse health effects of microplastics in humans, but they recommend that parents use an alternate procedure to minimize the number of microplastics their babies ingest.

The Scientist spoke with John Boland, a chemist at Trinity College Dublin and an author of the new study, about the result’s most pressing takeaways.

The Scientist: How did you come to study microplastics in baby bottles?

John Boland: This project began with a study that was led by one of my colleagues, Jing Jing Wang, who was trying to develop a [water] filter, and the filter was supposed to capture pathogens and bacteria like E. coli. He started this project, he built his filters, and lo and behold he found microplastics. He analyzed and traced it back to some of the plasticware he was using. And then we realized that polypropylene, which is very common in plasticware, was the source of the microplastics. We saw it in kettles, in general lab plastic, in noodle cups, and in the snap-on containers that people use to store food. [Shedding microplastics is] a pervasive property of polypropylene. 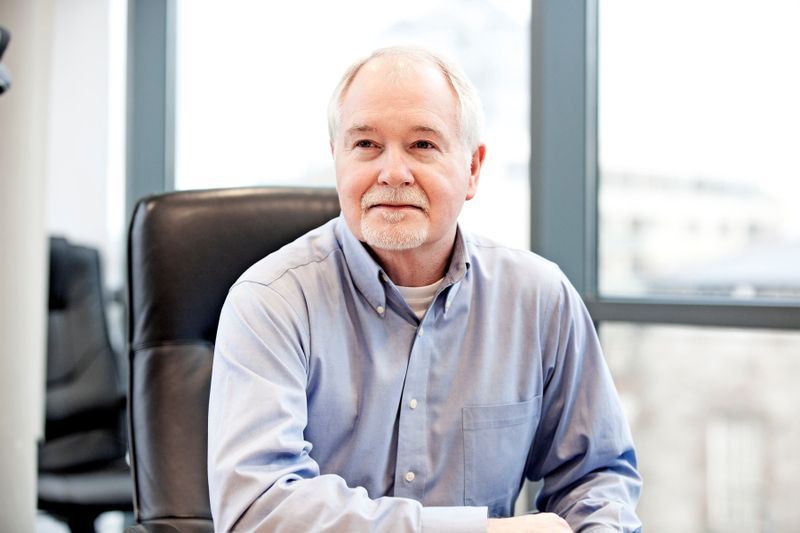 We looked around to see [which products polypropylene was used in most]. We basically stumbled upon baby bottles because polypropylene baby bottles are 82 or 83 percent of the total baby bottle market, which is a large fraction of that market. [More importantly,] it turns out that a small number of manufacturers covered about 70 percent of the market. We could just look at a small number of bottles and do a deep dive into their behavior, and we would have a very good sense of what the release levels were. From the data we have on sales linked to these baby bottles, we could also do a global mapping of what [microplastics in baby bottles] look like.

TS: Can you tell me more about polypropylene?

JB: Polypropylene is a polymer—it’s made up of single chain molecules, but lots of them, and they form kind of a spaghetti mix. Polymers are wonderful materials, they’re very robust, they’re formable into any kind of shape, and they’re lightweight and have enormous strength properties. They’re a part of modern life. Polypropylene accounts for 23 percent of the entire production of polymers. There are hundreds of polymers, but polypropylene is one of the big daddies, and so it’s used in all food storage and food preparation polymer applications.

TS: How does your study add to our understanding of microplastics, as we create and use more and more plastic each year?

JB: We’ve been talking about microplastics for what seems like forever, but it’s only the past decade or so where the public consciousness of microplastics has actually been raised. Most people, when they think of microplastics, think about the degradation of plastic waste, where the degradation results in spillage into waterways, then streams and rivers that feed into the ocean, then these plastics are eaten by fish, and then suddenly you buy from your grocery store a fish and you find it contains plastics.

What makes our study so important is that’s a very indirect chain as to how a microplastic ends up on your plate, but in our example, the microplastics are generated by the utensils you’re using during the food preparation process. There’s an immediacy to the presence of microplastics, and that’s a first.

There was an earlier study that looked at tea bags and found that a nylon and [polyethylene terephthalate] bag released a lot of particles when you make your tea. But what we’re saying here is that polypropylene, which is a much more common plastic . . . [undergoes a] physical degradation process that happens very easily in contact with hot water.

TS: What do we know about how microplastics can impact human health?

JB: We don’t want to unduly alarm parents. We have no idea what the implications are for microplastics in terms of human health. What we do know is that when people study human feces, they do find microplastics, and in fact the dominant microplastic they find is polypropylene, which is 68 or 69 percent of the plastics they find.

But what we’re saying is, based on our study, there are certain things you can do that, based on the precautionary principle, change how you go about preparing formula and sterilizing bottles in a way that we know will dramatically reduce the levels of microplastics.

Food isn’t perfect. There’s always unintended particles that can get incorporated in food. We know that most of these particles are excreted, and we have evidence already that polypropylene is excreted, so the question is: Is everything excreted? We don’t know.

What we do know is that in addition to the millions of microplastic particles we found, we’ve also found trillions of nanoplastic particles, and the fate that those particles are much less well-defined. People have looked at nanoparticles and how they can actually go into the body and be absorbed into the bloodstream, and it does happen.

TS: What are the recommendations your team proposes to minimize the amount of plastics in the formula?

JB: The first step is around sterilization, and you do need to sterilize your bottles. That requires rinsing them in boiling water, and after the sterilization process is finished you need to let them dry and cool down.

You also need to prepare sterilized water separately in a glass container or Pyrex bowl. You can heat it any way you want, but get it to at least 70 degrees, and then in that bowl, mix your dry formula to make your baby formula. When it cools down, transfer the formula into the cool, sterilized bottle. Transfer it slowly, and do not adversely shake the bottle—you’ve already mixed it, so no need to mix it again—and then just provide it to the baby.

Mechanical shaking, even at room temperature, will release hundreds of thousands of microplastics, particularly if your bottle has been sterilized, so that there’s a coating of loose microplastic flakes on the surface, and you haven’t calved off those flakes by using cold sterilized water to remove them.

Never use a microwave to heat or reheat any kind of baby formula. And for parents that are breastfeeding children, it’s important to realize that most breastfeeding implements are also made of polypropylene. [We recommend sterilizing] those as well, but then you should then rinse them with the cold [deionized] water in the same way.