Before sunrise, Ahana Fernandez walks into a Costa Rican forest, carefully sets up her recording equipment near a grove of trees, and then waits. And watches. The trees are nurseries for the greater sac-winged bat (Saccopteryx bilineata), where each mother bat roosts close to her pup. When Fernandez notices one of the baby bats opening its mouth to chatter, she points her camera and microphone in its direction to listen in.

After following the same 20 pups from birth to weaning, recording and analyzing their tiny utterances, Fernandez and her colleagues made an observation they published yesterday (August 19) in Science: infant bats babble in much the same way human infants do.

Babbling isn’t the same as crying or trying to communicate something to an adult—Fernandez calls it “vocal play.” Human babbling happens when babies play with the building blocks of language by practicing certain sounds or syllables before being able to string them into coherent words and phrases—the same way they play with toy blocks before being able to build elaborate structures. “Babbling is meant to be this really important phase of development that we have to do as humans on the route to speech,” says University of St Andrews interdisciplinary bat researcher Sonja Vernes, who was not involved with the research.

Fernandez, who is a postdoctoral researcher at the Natural History Museum of Berlin, says that other researchers, including her coauthor and museum colleague Mirjam Knörnschild, had suspected bats of babbling before this study. But this is the first time the vocalizations have been fully characterized and compared to human babbling, which includes traits such as repetition and rhythmicity.

“People have known about this before, but this was the first description of this in a really clear and elegant manner,” says University of California, Berkeley, neurobiologist and bat researcher Michael Yartsev, who was not involved with the study. Fernandez notes that in her study, the babbling was often initiated by the pups and could last for several minutes. 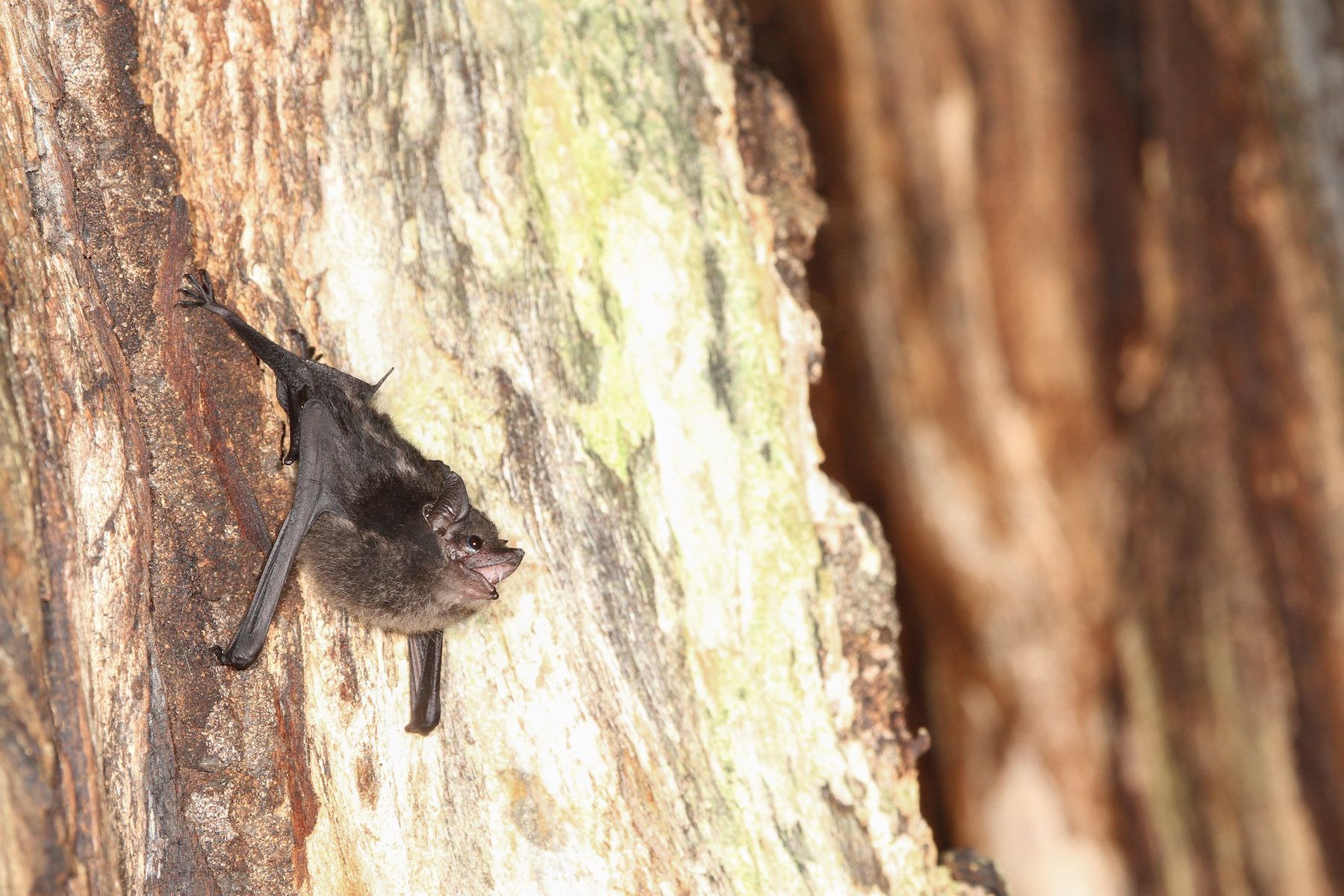 Outside of humans, babbling is actually quite rare. With this new study, bats join a small group of babbling species that includes songbirds and pygmy marmosets. The authors note in their paper that Egyptian fruit bat babies may also be babblers, but that hasn’t been confirmed yet, and no other bat species are known to babble.

The fact that greater sac-winged bats roost in trees in small family units and are active during the day made them an attractive study candidate, says Fernandez. Fernandez, who with colleagues did their field work at study sites in Panama and Costa Rica over the course of multiple breeding seasons. At all observation sites, the researchers undertook a careful process to habituate the colony to their presence, gradually approaching the bats and spending more and more time near them over the two weeks before the pups were born. It required a lot of patience, says Fernandez, as well as the occasional fending off of boa constrictors.

Vernes notes that it’s very valuable to observe the animals in their natural environments. “I think that was really impressive to produce this dataset in such challenging conditions,” she adds.

Fernandez says the vocal repertoire of adult bats includes 25 distinct syllables, which are defined as a sound sandwiched by silence. These syllables can be mixed and matched into complex “songs” for mating and territory defense, as well as communication between a mother and her pups.

By recording and analyzing how the pup chatter changed over time, Fernandez and colleagues identified several syllables from the adult repertoire that the pups incorporated into their babbling. They found that there is an initial spurt in syllable acquisition soon after the pups start babbling, and that this seems to taper off over time.

Fernandez notes that none of the pups mastered all 25 syllables by the time of weaning. “Interestingly, the same subset of syllables is also completely missing in all of the pups,” she says. “And those syllables belong to the courtship song.” She says the pups can produce some of the syllables from the song, but “the entire full-blown courtship song only happens during mating season,” which suggests that perhaps the pups aren’t acquiring those syllables simply because they aren’t hearing them during their babbling phase.

Alternatively, she speculates that as the pups mature, there could be hormonal cues that help them learn the language of love only once they’re old enough to need it.

Because so few animal species exhibit this human-like patterns of vocal learning by imitation and babbling, sac-winged bats could be a useful model for learning more about language skill acquisition, says Fernandez. “I think we can learn many things about our own language by investigating biological foundations of language in other species.”

In contrast to human babies, bat pups can be used for invasive studies to learn which genes or neurons control vocal learning behavior—and can even potentially be used to model language learning disorders. “Like with a mouse, you can get really deep into the mechanistic underpinnings of these things,” says Vernes. Plus, she adds, “you’re a bit limited in how much time you can put a baby in an MRI scanner.”

Now that she knows more about pup babbling in the wild, Fernandez says she wants to take her studies into the lab to study how social influences affect the rate of language learning, as well as about the molecular foundations of babbling.

“By studying their communication, I get a small glance into their cognitive world—how they might perceive the world [and] what the world looks like to them,” says Fernandez. “And I think this is so intriguing.”