“I seldom get so tickled when I read a paper,” said William Jacobs, a microbiologist and immunologist at the Albert Einstein College of Medicine in New York, who did not participate in the research. The emergence of multidrug resistant strains of Mycobacterium tuberculosis “is a big problem,” he said. “This could be a godsend.”

Tuberculosis infections are commonly treated with a mixture of antibiotics, including one called isoniazid, which Jacobs described as “the cornerstone of TB therapy.”  Unfortunately, the most common drug-resistant strains of M. tuberculosis are isoniazid-resistant, he said.

Many researchers, including Stewart Cole, chair of the microbial pathogenesis department at the École Polytechnique...

They found pyridomycin. First described in the 1950s, the drug was reportedly produced by the bacteria Streptomyces pyridomyceticus and Dactylosporangium fulvum. Surprisingly, little was known about pyridomycin—perhaps, Cole suggested, because isoniazid was discovered around the same time and simply stole the limelight.

Cole’s team grew cultures of D. fulvum bacteria, figured out how to isolate and purify pyridomycin, and then showed that the drug was indeed capable of killing M. tuberculosis, as well as many other Mycobacterium species, in culture.

This indiscriminate Mycobacterium-killing ability is a bonus, said Cole. “One of the problems with isoniazid is that it only works against TB,” he said. “If pyridomycin makes it into the clinic, it could have applications in leprosy or Buruli ulcer or atypical mycobacterial infections that can occur in cystic fibrosis patients.”

The team went on to identify the bactericidal target of pyridomycin—a protein called inhA, which is involved in synthesis of bacterial cell wall components. As it happens, inhA is the same protein targeted by isoniazid, but there is a difference in the two drugs’ mechanisms. While isoniazid is a pro-drug that requires activation by an intracellular enzyme called KatG before it can bind to inhA, pyridomycin binds inhA directly.

This is an important distinction, explained Valerie Mizrahi, director of the Institute of Infectious Disease and Molecular Medicine at Cape Town University, South Africa, who was not involved in the study. The overwhelming majority of drug resistance mutations in M. tuberculosis occur in the KatG gene, she explained, and such mutant strains should not be resistant to pyridomycin. Indeed, the team showed that clinical isolates of isoniazid-resistant M. tuberculosis carrying KatG mutations were killed effectively by pyridomycin. “The efficacy against drug resistant forms of M. tuberculosis is particularly encouraging,” Mizrahi said.

There is, however, much to be done before pyridomycin can be used in the clinic. “We would [need to] test that it works in animal models and that it is safe and doesn’t have any side effects,” said Cole. “That will take a couple of years.”

“It’s a long journey,” agreed Mizrahi, “but the big plus is that they don’t really need to validate inhA as a drug target because inhA is already the most well validated drug target out there… [so] it has got a good head start.” 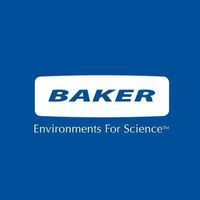 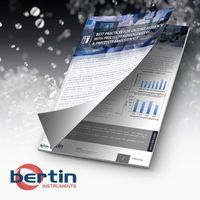