Bedbugs have been sucking blood for 115 million years, dating back to the days of the dinosaurs. That’s long before the first appearance of bats, one of their preferred hosts nowadays, meaning the mammals weren’t the first to receive a bedbug bite, researchers reported yesterday (May 16) in Current Biology.

“This is something that people have suspected, but it’s really nice to have it in black and white,” Christiane Weirauch, a systematic entomologist at the University of California, Riverside, who was not involved in the new study, tells Science. Aside from pushing the date of the first bedbug bite back millions of years, the study also gives clues about the insect’s encounters with humans.

To perform the study, Klaus Reinhardt, an entomologist at Dresden University of Technology in Germany, and colleagues collected and analyzed genetic samples from 34 bedbug species and used the data to create the first bedbug family tree. The team then compared its data to information on a bedbug ancestor, Quasicimex eilapinastes, preserved in 100-million-year-old amber.

“The fossil was the first direct evidence that the family Cimicidae predated the origin of bats,” Michael Engel, an entomologist at the University of Kansas who was not involved in the latest study but discovered the fossil in 2008, tells The New York Times. It’s now clear, Reinhardt tells The Times, that bedbugs feasted on much more ancient animals than bats, though the identity of their first host remains a mystery.

The family tree does reveal that two bedbug species that target humans—Cimex lectularius and C. hemipterus—diverged 47 million years ago, long before Homo sapiens emerged. That means the two species must have had other hosts initially and then both independently started snacking on humans, a notion that runs counter to the previously held idea that the two bedbug species diverged from a common ancestor only 1.6 million years ago when H. sapiens split from H. erectus and may have evolved to eat human blood at that point, Science reports.

Aside from those two species, there are one or two others, out of more than 100 total bedbug species, that feast on humans. Reinhardt tells Science that, according to the study results, “a new species of bedbug conquers humans about every half a million years,” and because contact among people, livestock, and wildlife continues to grow, it may not even take that long for another bedbug species to start targeting humans.

“These findings will help us better understand how bedbugs evolved the traits that make them effective pests,” study coauthor Mike Siva-Jothy of the University of Sheffield tells the BBC. “That will also help us find new ways of controlling them.” 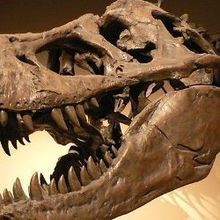