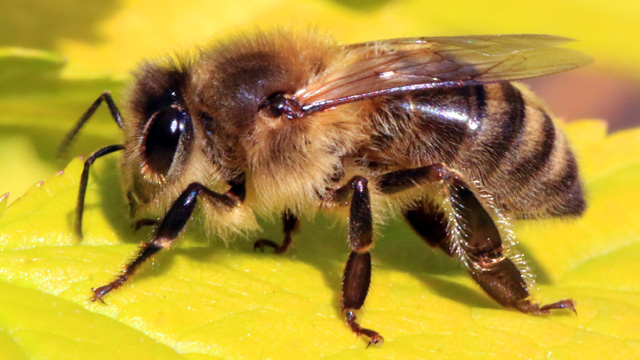 WIKIMEDIA, SHARP PHOTOGRAPHYHoneybees can identify a piece of paper with zero dots as “less than” a paper with a few dots. Such a feat puts the insects in a select group—including the African grey parrot, nonhuman primates, and preschool children—that can understand the concept of zero, researchers report June 7 in Science.

“The fact that the bees generalized the rule ‘choose less’ to [blank paper] was consequently really surprising,” study coauthor Aurore Avarguès-Weber, a cognitive neuroscientist the University of Toulouse, tells The Scientist in an email. “It demonstrated that bees consider ‘nothing’ as a quantity below any number.”

In past studies, researchers have shown that bees can count up to five, but whether the insects could grasp more-complex ideas, such as addition or nothingness, has been unclear. In the latest study, Avarguès-Weber and her colleagues tested the bees’ ability to comprehend the absence of a stimulus...

The team then tested the bees’ ability to distinguish a blank piece of paper, or what the researchers call an empty set, from a sheet with one dot and found the insects chose correctly about 63 percent of the time. The behavior reveals “an understanding that an empty set is lower than one, which is challenging for some other animals,” the researchers write in the paper. 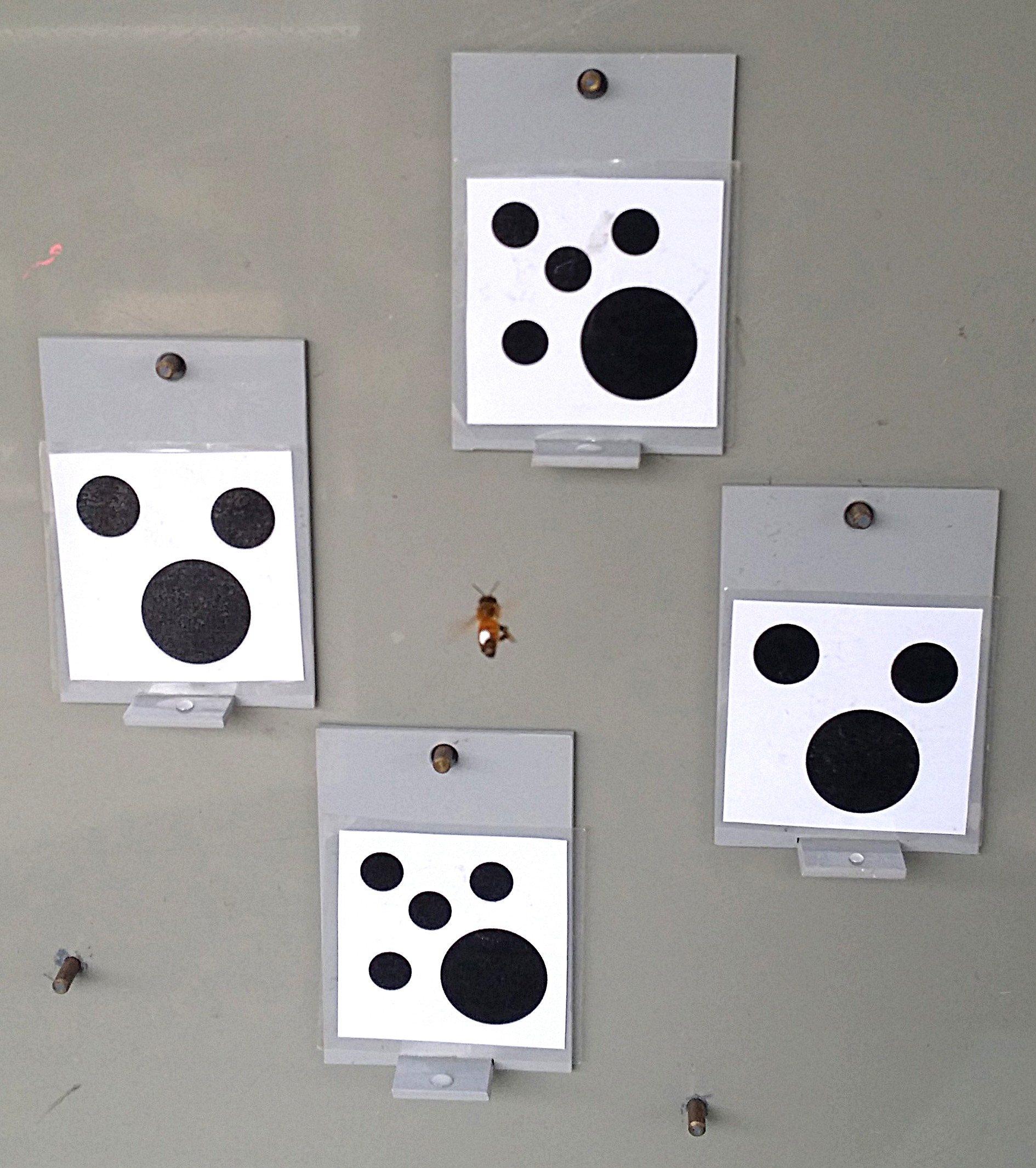 A honeybee looks for the piece of paper with the fewest dots.SCARLETT HOWARDThat bees can use the idea of “less than” to extrapolate that nothing has a quantitative nature is “very surprising,” says Andreas Nieder of the University of Tübingen in Germany who was not involved in the study. “Bees have minibrains compared with human brains—fewer than a million neurons compared with our 86 billion—yet they can understand the concept of an empty set.”

Nieder suggests honeybees, similar to humans, may have developed this ability to comprehend the absence of something as a survival advantage, to help with foraging, avoiding predation, and interacting with other bees of the same species. The absence of food or a mate is important to understand, he says.

Clint Perry, who studies bees at Queen Mary University of London and was not involved in the study, is a bit more cautious about the results. “I applaud these researchers. It is very difficult to test these types of cognitive abilities in bees,” he says. “But I don’t feel convinced that they were actually showing that the bees could understand the concept of zero or even the absence of information.” Perry suggests the bees might have selected where to land based solely on the total amount of black or white on each paper and that’s the choice that got rewarded, rather than distinguishing the number of dots or lack of them.

Avarguès-Weber and her colleagues argue, however, that the bees were always rewarded when shown dots. “In the test with zero (white paper) versus an image with a few dots, the bees chose the white picture without any previous experience with such stimulus. A choice based exclusively on learning would consist in choosing an image similar to the rewarded ones, ones presenting dots,” she says.

Perry says he’d like to see better control experiments to confirm the finding, while Nieder is interested in the underlying brain physiology that might drive the how the insects comprehend nothingness. How the absence of a stimulus is represented in the human brain hasn’t been well studied, though it has been explored in individual neurons in the brains of nonhuman primates. It could be even harder to study in bees, because they have much smaller brains, Nieder says. Setting up the experiments to test behavior and record brain activity would be challenging.

Avarguès-Weber and her colleagues propose a solution to that challenge—virtual reality. “We are developing a setup in which a tethered bee could learn a cognitive task as done in free-flying conditions so we could record brain activity in parallel,” she says. The team also plans to test the bees’ potential ability to perform simple addition or subtraction.