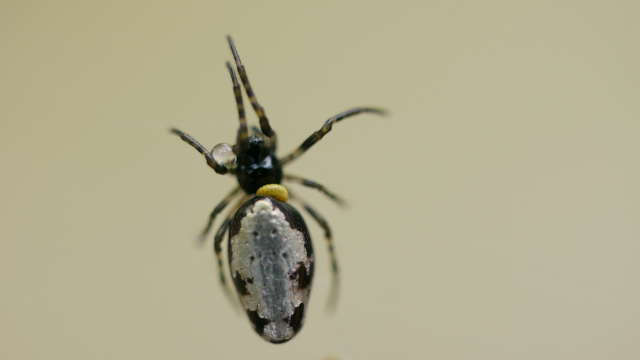 Scientists have uncovered more detail about the unique relationship between the parasitic ichneumon wasp (Reclinervellus nielseni) and its arachnid host, the orb-weaving spider (Cyclosa argenteoalba). While the spider carries the wasp’s egg—and later, hatched larva—within its abdomen, the arachnid spins an atypical web, according to a study published last month (August 5) in The Journal of Experimental Biology. When the larva emerges, killing the spider host, the wasp uses the modified webbing to build a cocoon.

“This discovery—of enhanced behavior as opposed to merely switched behavior—is completely new, impressively demonstrated, and rather unexpected I think,” Mark Shaw an entomologist at the National Museum of Scotland, who was not involved in the study, told Newsweek.

According to The Verge... 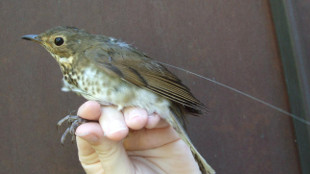 Catharus ustulatus with a tracker on its back J. CRAVES

A study published last month (August 12) in The Auk: Ornithological Advances reported the first complete flight-altitude data for a songbird, revealing that one species, the Swainson’s thrush (Catharus ustulatus), changes its altitude intermittently throughout its migration.

“I really thought that the birds would mostly behave like commercial aircraft, ascending to a particular altitude, leveling off and cruising near that altitude, and then coming down just before they landed,” study coauthor Melissa Bowlin of the University of Michigan-Dearborn said in a statement. “I was shocked when I made the first graph for the first bird, and thought it was an anomaly. The more data we obtained, however, the more often we saw the up-and-down pattern to the birds’ flight.”

Bowlin and her colleagues attached radio transmitters to nine Swainson’s thrushes captured from a forest in Illinois during the birds’ spring migration seasons between 2011 and 2013. Once the birds took off, the researchers followed them in a car, keeping track of the birds’ altitudes as they flew through different landscapes. The researchers found that the birds often altered their altitudes by more than 100 meters during their migration. While the authors noted that the precise locations at which the birds ascended and descended cannot be determined until more data are analyzed, they speculated that the birds’ decisions to change altitude may be related to atmospheric changes.

“Dr. Bowlin and her colleagues’ unique yet perplexing records of migrant altitudes raise a number of thought-provoking questions that have implications for species conservation,” Robert Diehl of the US Geological Survey’s Northern Rocky Mountain Science Center said in a statement. 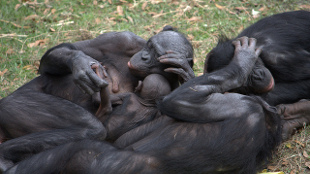 Humans may not be the only species that can disassociate their communication from their environment. Bonobos (Pan paniscus) also seem to produce the same high-pitched “peep” noises to express psychological states regardless of their context or circumstances, according to study published last month (August 4) in PeerJ. This ability, called functional flexibility, is analogous to the cries or laughter of a human infant, the study’s authors wrote.

“When I studied the bonobos in their native setting in the Congo, I was struck by how frequent their peeps were, and how many different contexts they produce them in,” study coauthor Zanna Clay, a psychologist at the University of Birmingham, told The Guardian. “It became apparent we couldn’t always differentiate between peeps. We needed to understand the context to get to the root of their communication.”

Clay and her colleagues recorded bonobo peeps made during a range of situations, including feeding, sleeping, and traveling. The researchers found that peeps produced during positive situations, such as feeding were indistinguishable from those made within neutral contexts such as resting. However, in negative circumstances such as a state of alarm, the bonobos’ peeps were acoustically different.

“We interpret this evidence as an example of an evolutionary early transition away from fixed vocal signaling towards functional flexibility,” Clay told The Guardian. 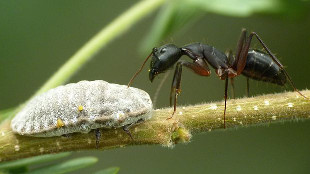 A new study suggests that a species of Japanese ant (Pristomyrmex punctatus) that imbibes the sweet nectar secreted by Japanese oakblue butterfly (Narathura japonica) caterpillars must pay a price. According to a study published this summer (July 28) in Current Biology, chemicals in the nectar can effectively brainwash the ants, turning them into loyal bodyguards for the caterpillars.

An international group of researchers led by investigators at Kobe University found that ants who fed upon N. japonica’s sweet secretion displayed more aggressive behavior and had lower levels of dopamine in their brains than ants found near caterpillars that didn’t consume the nectar, according to Science.

The results suggest that the relationship between the ants and caterpillar may not be mutualistic, as previously thought, but may have an aspect of parasitism.

“It’s possible that these common food-for-defense interactions, which are typically assumed to be mutualistic, may in fact be maintained primarily through parasitic manipulation of ant behavior,” the authors wrote in their report. 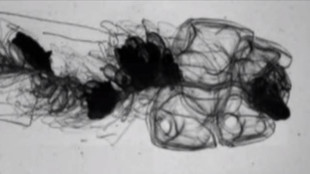 For physonect siphonophores (Nanomia bijuga), jellyfish-like marine creatures that travel together as a single unit, the youngest colony members always ride shotgun, according to a study published yesterday (September 1) in Nature Communications.

To cover distances of up to 200 meters a day to find food, N. bijuga colony members have to work together. “The younger swimming bells at the tip of the colony are responsible for turning. They generate a lot of torque,” study coauthor Kelly Sutherland, an oceanographer at the University of Oregon, said in a statement. “The older swimming bells toward the base of the colony are responsible for thrust.”

Sutherland and her colleagues recorded swimming colonies from Friday Harbor, Washington, and tracked how the organism displaced particles around it to discern the contribution each unit makes to the movement. They found that even small amounts of water displacement exerted by the youngest members at the tip of the colony had big impacts on which direction the unit travelled.

“They are like the handle of a door,” study coauthor John Costello, a biologist at the Marine Biological Laboratory in Woods Hole, Massachusetts, said in a statement. “If you push on a door near its hinges—its axis of rotation—the door is hard to open. But if you push on the door handle, which is far from the axis of rotation, the door opens easily. A little force placed with a big lever arm has a big effect on turning.”