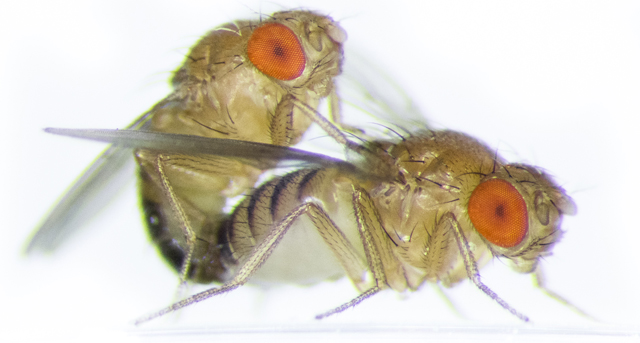 Females are often caught in the fray of male sexual competition. In work published last week (January 22) in Nature, researchers showed that female fruit flies (Drosophila melanogaster) were more reproductively successful if they lived in groups with related males.

Researchers from the University of Oxford grouped unrelated female flies with three brothers or with three male flies that were not related to one another. The females that lived with brothers had longer reproductive lifespans and more lifetime reproductive success because their reproductive aging was delayed. The groups of brothers competed less amongst themselves than the groups of unrelated males. When an unrelated male was introduced into a group of two brothers, the outsider inexplicably fathered an average of two times more offspring than the brothers, even though he mated with the female at the same rate. “It’s...

“We hope that this surprising and compelling study will tempt more Drosophila biologists to leave the laboratory to explore the ecology of this model system,” Scott Pitnick of Syracuse University and David Pfennig of the University of North Carolina, Chapel Hill, wrote in an article that accompanied the study. 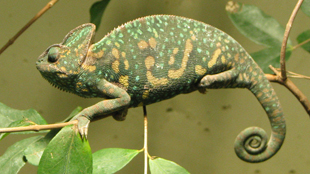 “It’s generally assumed [that] these animals are asocial and that environmental factors that these juveniles would encounter during their early development would not affect their social behavior,” coauthor Cissy Ballen told the ABC.

Ballen and her colleagues from the University of Sydney tested these assumptions by raising some veiled chameleons (Chamaeleo calyptratus) in groups of four and some in isolation. They found that chameleons that grew up alone took longer to grab cricket prey than those reared with other chameleons. When the animals were two months old, the researchers tested social behavior by staging interactions between pairs of lizards of the same sex. Chameleons reared in isolation displayed more submissive behaviors—like curling into a ball or running away—than animals raised in a group, which displayed brighter colors than their isolated counterparts. Ballen told ABC that the next step is to determine the effects of social experience on adult chameleons, as well as on the lizards in the wild. 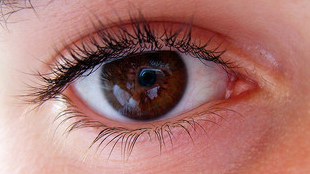 FLICKR, DAN FOYPeople who make voluntary eye movements—called saccades—more vigorously tend to be impatient or impulsive, according to a study from researchers at the Johns Hopkins University School of Medicine, which was published in The Journal of Neuroscience last week (January 21).

The team instructed volunteers to follow an onscreen target with their eyes and recorded the velocity and amplitude of the participants’ saccades. Some people moved their eyes 50 percent faster than others, but the average velocity of saccades was consistent within each subject. The researchers then tested how willing people were to wait for a second instruction that could improve their chance of success on a task. The researchers found a strong correlation between the velocity of the participants’ saccades and how quickly they made decisions.

“It seems that people who make quick movements, at least eye movements, tend to be less willing to wait,” coauthor Reza Shadmehr said in a statement. “Our hypothesis is that there may be a fundamental link between the way the nervous system evaluates time and reward in controlling movements and in making decisions. After all, the decision to move is motivated by a desire to improve one’s situation, which is a strong motivating factor in more complex decision-making, too.” 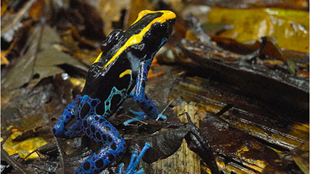 A male Dendrobates tinctorius transporting two tadpoles on his backBIBIANA ROJAS, BEHAVIORAL ECOLOGY AND SOCIOBIOLOGYDyeing poison frog (Dendrobates tinctorius) fathers drop their young off in pools within tree hollows or fallen logs, where the tadpoles grow up. One of the main dangers to the developing frogs is cannibalism by other tadpoles in the same pool. Despite this risk, males are more likely to deposit their offspring in pools where other tadpoles are already present, according to a study published in Behavioral Ecology and Sociobiology last week (January 20).

Bibiana Rojas of Deakin University in Australia first characterized the sites where dyeing poison frog fathers placed their young in French Guinean forests, and found that they often chose pools inhabited by other tadpoles—of the same and different species—and insect larvae. The larger the size difference between old and new residents, the more likely the frog father was to choose a given pool, Rojas found.

“Depositing offspring with large cannibals may ultimately not be that strange,” Rojas said in a statement. “An unoccupied pool might mean, for example, that other requirements for development, such as the stable presence of water, are not met. If the father is lucky and its tadpole is not eaten, it may ultimately be safer in a stable pool than in one that could easily dry out.” 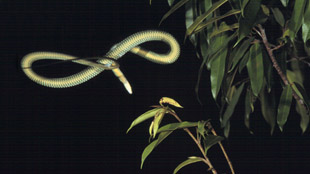 JAKE SOCHAScientists already know that a flying paradise tree snake (Chrysopelea paradisi) achieves gliding flights by slithering through the air as it flattens its body and widens its ribs into a semi-circular shape. New research from John Socha and colleagues from Virginia Tech and Purdue Universities suggests that the shape of the gliding snake’s body likely maximizes aerodynamic performance. Their work was published in the Journal of Experimental Biology today (January 29).

The team generated a plastic model of the snake’s cross-sectional geometry during flight and tested it in an experimental tank, where flowing water was used to simulate air currents. The researchers varied the angle of the model and the speed of the water. They found that at most angles the shape was fairly aerodynamic, but when the model was tilted at 35 degrees, there was a large jump in the amount of lift.

Understanding how the basic shape works is only the first step, though. “If you make a rough estimate of the lift to drag ratio for the real animal, it appears to do better than what we got from this study,” Socha said in a statement from the journal. “So even though this shape produced more lift than we were expecting, it doesn’t get us the glide performance that snakes can attain, giving us a hint that there is something in what the animal is doing aerodynamically that is not captured by the cross-sectional shape alone.”