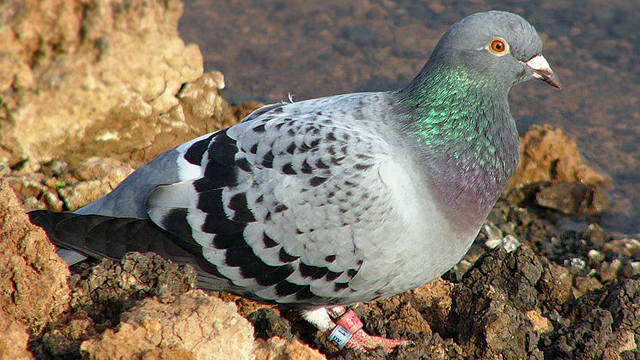 Flocking behavior is a form of group decision-making that has been well modeled, but not well studied in actual birds. Work released this week (September 25) in Journal of the Royal Society Interface provides new insight into flocking behavior by showing how two homing pigeons navigate a route together.

Using high-resolution GPS, University of Oxford researchers tracked the paths of 80 pairs of homing pigeons as the birds navigated home from a familiar release site. The scientists determined that pigeon pairs usually flew side by side, ensuring that each bird could see the other at all times, thus reducing the risk of separation. As the authors explain, “if birds attend to each other mutually, leadership remains dynamic in that it can shift according to which bird has the best local information.”

By comparing the pigeons’ solo flights to the flights they took in... 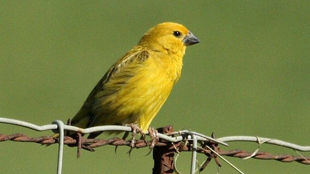 FLICKR, ALAN MANSONThe African cuckoo finch (Anomalospiza imberbis) is a brood parasite. The bird shirks its parental responsibilities by laying its eggs in others’ nests. Its most common hosts, African tawny-flanked prinias (Prinia subflava), must sense which eggs are foreign and reject them in order to conserve valuable energy to care for its own offspring. In a report published in Nature Communications this week (September 24), University of Cambridge scientists described their observations of the relationship between wild cuckoo finches and prinias.

"Many brood parasites [such as cuckoo finches] and hosts are locked in ongoing evolutionary arms races, with parasites evolving attack strategies to get their eggs accepted—such as egg mimicry—and hosts evolving defenses—such as egg rejection," first author Martin Stevens told the BBC.

The researchers found that the prinias were less likely to reject cuckoo finch eggs that closely resembled their own. They also discovered that when a female cuckoo finch visited a nest multiple times, the eggs she laid were more likely to be accepted by the host. The authors suggested in their manuscript that instances of repeated parasitism are “likely to be an adaptation to increase the probability of host acceptance.”

"Our work shows that the cuckoo finch has evolved another novel strategy of attack, whereby it defeats both sensory and cognitive components of host rejection behavior," Stevens told the BBC. 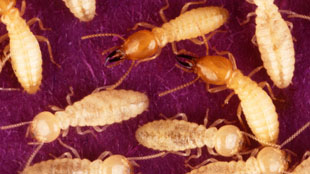 USDA, SCOTT BAUERResearchers from the University of Florida’s Institute of Food and Agricultural Sciences in Ft. Lauderdale have shown that the fecal material subterranean termites (Coptotermes formosanus) use to build their nests encourages the growth of mutualistic bacteria, which helps protect the insects from pathogens.

Writing in the Proceedings of the Royal Society B this month (September 18), the scientists isolated more than 500 actinobacterial samples from termite nest material. When the scientists tested a representative bacterial isolate, they found that it restricted the growth of a soil fungus that can be pathogenic to termites. They also found that the presence of the same isolate increased termite survival, suggesting that defensive mutualism between bacteria and termites might contribute to the insects’ immunity.

In addition to illustrating a new mutualistic relationship between insects and bacteria, the results of the study provide insight into why biological methods of control have not been successfully used on termites. “Our new publication is a new nail in the coffin of biological control, as another layer of protection has now been identified,” first author Thomas Chouvenc told National Geographic’s Not Exactly Rocket Science. 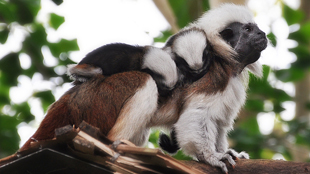 The researchers, based at Hunter College in New York City, intended to investigate mobbing behavior, where a group of animals swarms a perceived threat and vocalizes loudly. The scientists expected the tamarins to react strongly to one of their supervisors, toward whom they displayed mobbing behavior in the past. But the primates instead displayed fearful behaviors, approaching cautiously and then shying away from the supervisor. At the time, the researchers did not detect any vocalizations. Only upon listening to audio recordings did they observe “low amplitude vocalizations” like whistles and chirps, akin to human whispering.

“Consistent with whisper-like behavior, the amplitude of the tamarins' vocalizations was significantly reduced only in the presence of the supervisor,” the authors reported in their paper, suggesting that the primates were using the whispers to communicate with each other. 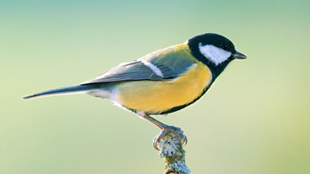 FLICKR, LUC VIATOURBolder male songbirds have a greater number of shorter-lived social associations, while shyer males generally have just a few close, relatively longer-term “friends,” according to a study published this month (September 17) in Ecology Letters.

University of Oxford’s Lucy Aplin and her colleagues, based in England, Australia, and Canada, studied a wild population of great tits (Parus major) that overwinters each year in woods near Oxford. Because this group of birds has been studied for many years, over 90 percent of them have been fitted with a tiny transponder that identifies each bird individually. The researchers assessed individual personalities by temporarily taking birds into captivity and assigning them scores based on how quickly they explored a novel environment. They also used the transponders to automatically monitor the birds’ visits to sunflower feeders throughout the woods.

By combining the personality scores with the data collected at the feeders, the researchers learned that males with similar personalities tended to stick together, and that males with higher exploration scores switched social groups more frequently than their counterparts with lower scores. These observations suggested that individual songbird personality can inform social structure.

But the implications for the team’s findings extend beyond insight into songbird sociality. “By doing this we hope to understand not only their social behavior, but how their social structure affects the spread of disease or the spread of information,” Aplin told the BBC.