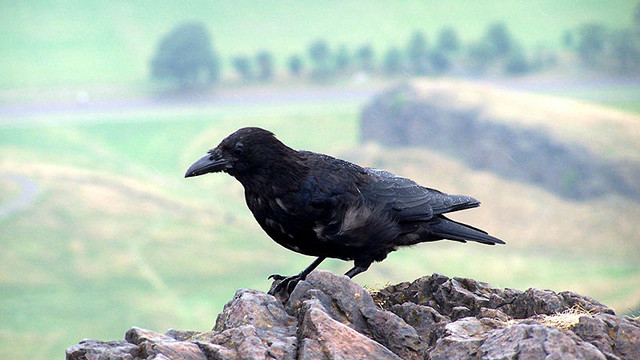 As vehicles approach, birds in the road often appear unconcerned, until suddenly they take flight to avoid whizzing cars. The distance from an approaching car at which some birds take off varies depending on the local speed limit, according to a study published today (August 21) in Biology Letters.

Study coauthor Pierre Legagneux measured when birds took flight as he approached them at varying speeds while driving around the French countryside in a white Peugeot. He measured the takeoff distances of 134 birds including 21 species while traveling through zones with speed limits of 20, 50, 90, and 110 kilometers per hour (approximately 12, 31, 56, and 68 miles per hour). 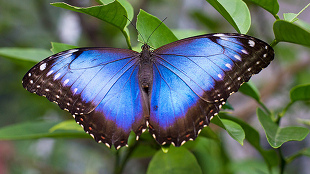 Some insects can hear approaching birds, according to a study published last week (August 14) in Biology Letters. The insects may use their ears to avoid avian predators.

To find out whether butterflies and moths could hear birds, researchers recorded the sounds of Eastern phoebes and chickadees as they approached moths tethered to branches as bait, or birdseed offered from outstretched hands. The researchers surmised that moths might be able to hear the higher frequency portions of the sounds of the birds beating their wings, while the butterflies could possibly hear the lower frequency bird flight sounds.

They then played the sounds of hunting phoebes back to noctuid moths and nymphalid butterflies while taking recordings of the insects’ auditory nerve responses. The insects’ nerves responded in a rhythmic pattern that matched the beating patterns of the bird wings.

“Avian predation, like bat predation, may have played a significant role in shaping the evolution of the vast diversity of hearing organs found in insects,” the authors wrote. 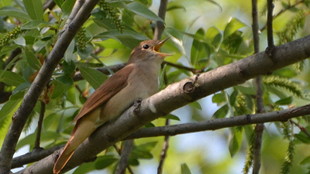 A male nightingale’s trills could help females determine his age, according to a study published last week (August 12) in the Journal of Avian Biology. The nightingales’ intricate warbling sounds, combined with other vocal features, help the birds advertise their suitability as mates.

Older male nightingales have been previously shown to have greater reproductive success than younger birds, and among territorial species, older individuals often excel at defending their territory.

To determine the purpose of the birds’ trilling, researchers obtained 19 wild nightingales from a nature park in France and recorded their bill shape, wing length, body mass adjusted for size, and age, as judged by their plumage. Upon releasing the birds, the researchers recorded their songs.

After comparing the quality of the birds’ trills—fast and repetitive vocal figures that take great effort to produce—the researchers performed statistical analyses to determine whether the sounds were predictive of the birds’ traits. They found that older males were able to produce more rapid trills with a higher frequency bandwidth than younger males. Males with narrow bills sang more consistent trills than broader billed individuals.

While trills could tell a female bird how old a suitor was, other elements of the nightingale’s song provide additional information. For instance, a low, narrow-band sound called a buzz has previously been shown to signal a nightingale’s body mass. “Indeed, nightingales may use the full spectrum of their song versatility to encode different information on signaler characteristics such as age, condition, and morphology, by using different song traits,” the authors wrote. 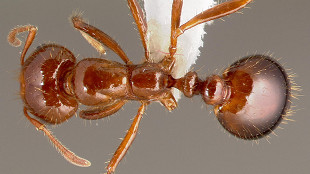 Fire ants (Solenopsis invicta) live in social colonies with one or more queens. While some single-queen colonies are led by one individual from the beginning, others start off with multiple queens, and the “losing” queen is eventually executed. According to a study published earlier this month (August 8) in PLOS Genetics, the queens’ social environments play a greater role in determining their gene expression and behavior than their intrinsic qualities do.

The researchers generated microarrays to study gene expression in the ants. They compared ants that set off alone to form colonies with those that set off in pairs. The solo versus paired ants showed differences in expression of genes related to aging, immunity, reproduction, lipid biosynthesis, and stress response. There were far greater differences in gene expression between solo ants and paired ants than between the winning and losing ant in a pair.

To further understand the role of the ants’ social rank, the researchers waited for paired ants to establish an order of dominance and then shuffled them, so that some winners became losers, some losers became winners, and some ants maintained their statuses. The researchers found that the ants that were switched in either direction shared more gene expression in common with one another than they did with ants that ended up with their initial status. 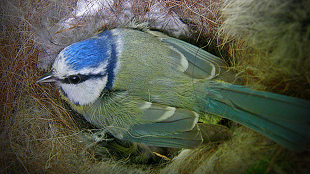 Researchers measured U.K. blue tits’ UV reflectance and their parenting success over the course of 3 years. While UV reflectance did not appear to correlate with the number of eggs the birds laid, more chicks made it out of the nest the stronger their mother’s UV reflectance was. The researchers also measured the level of the stress hormone corticosterone in the birds’ blood when their chicks were 5 days old. Birds with more intense UV reflectance tended to have relatively low corticosterone levels, indicating that they were less stressed than their counterparts with fewer flashy crown feathers.

The researchers suggested several reasons why birds with highly reflective feathers might excel at producing fully fledged young. Their feather qualities could be associated with more resilient eggs or better maternal care. Alternatively, it could be that birds with high crown feather UV reflectance were mating preferentially with flashy-feathered males, a pattern that has been previously observed. Males with high UV reflectance have been previously shown to have superior skills at providing for their young.