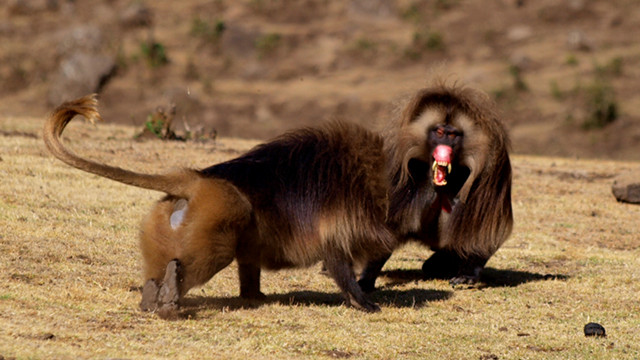 Geladas practice deception when having illicit sex. When mating with animals other than their pair-bonded partners, these Ethiopian monkeys vocalize less than usual and try to hide, according to a study published earlier this month (February 12) in Nature Communications.

To unravel the geladas’ mating habits, researchers watched 19 groups of wild monkeys for 3 years. Geladas usually live in units including one dominant male, one to 12 females, and up to five subordinate males. While the dominant males father most of the young, subordinate males have been found to foster around 17 percent of them.

When geladas have sex, both the male and female usually vocalize loudly. But according to the new study, when a subordinate male copulates with a female, they are quieter, especially when the dominant male was nearby. The secret... 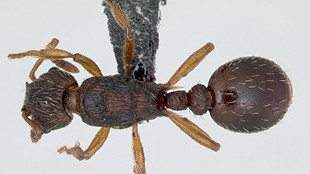 Ants start making sounds to communicate while they are still pupae, according to a study published online earlier this month (February 7) in Current Biology. As soon as their hard exoskeletons begin to form, pupae of the peat bog-dwelling species Myrmica scabrinodis start dragging their legs across a hard spike on their abdomen, making a percussive noise in the same manner that adults do. The sound is a cry for help and brings other ants to the rescue.

Researchers recorded ants using their highly sensitive microphones and found that, while soft larvae and immature pupae were completely quiet, mature pupae were making a less refined version of the sound adult ants make when seeking assistance, such as when under attack by a predator. When the researchers played back the sounds of the pupae to adults, the mature ants approached the speakers as though to guard them from danger. When the speakers emitted white noise, the ants were indifferent. Finally, the researchers removed mature pupae’s abdominal spikes and found that the adult ants stopped tending to them.

“What’s very cool about this paper is that researchers have shown for the first time that pupae do, in fact, make some sort of a sound,” Phil DeVries, an entomologist at the University of New Orleans who was not involved in the study, told ScienceNOW. “This was a very clever piece of natural history and science.” 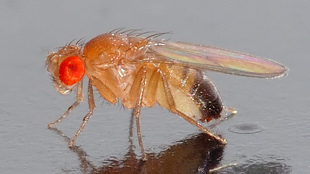 When female parasitic wasps are in the neighborhood, fruit flies lay their eggs in alcohol to keep the wasps from laying their eggs in the fly larvae, according to a study last week (February 22) in Science. The alcohol wards off the wasps, whose eggs would otherwise hatch in the immature fruit flies and eat them from the inside out.

Last year, the paper’s authors showed that infected fruit fly larvae guzzled alcohol once they already had wasp larvae inside them, as a form of self-medication. Alcohol is poisonous to parasitic wasps, while fruit flies, which often grow up in fermenting fruit, are able to tolerate it.

This time, the researchers placed mother fruit flies in a cage and allowed them to choose to lay their eggs in alcohol-free dishes or dishes that were 6 percent alcohol. When they were alone in the cage or when only male wasps were present, the flies preferred the dishes without alcohol. But when female parasitic wasps were in the cage, the flies preferred to lay their eggs in the alcoholic dish.

Flies with impaired sight did not show a preference for alcoholic dishes even when wasps were present, indicating that flies were recognizing parasites visually, even though they had never seen a parasitic wasp prior to the experiment. 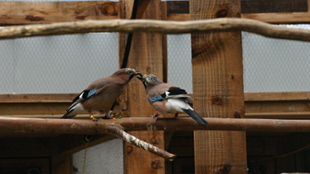 Male Eurasian jays are able to cater to females’ gustatory desires. In a study published earlier this month (February 4) in Proceedings of the National Academy of Sciences, researchers showed that males can judge which food to feed females by observing what they had eaten earlier, thereby figuring out what foods they might be tired of and what they might be craving. The study indicates that, in addition to being thoughtful partners, jays may be able to understand each other’s internal mental states.

The researchers tested male jays by having them watch females eat one of two treats: mealworm larvae or wax moth larvae. The team then gave the males a choice between the two foods to feed to a female and found that the birds tended to bestow whichever food the females hadn’t eaten previously.

The researchers thought that the jays might have been responding to subtle social cues from the female jays. But when they blocked the males’ vision of the eating females, the males could no longer provide the opposite food choice later on.

“It was long thought that only humans could do this”—note the actions of others and take that information into account in future decisions, Nicola Clayton, one of the paper’s authors and a psychologist at the University of Cambridge, told Wired Science. “What we’ve shown in a series of experiments is that doesn’t seem to be the case.” 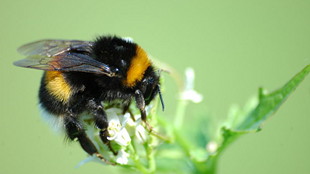 It is well known that bumblebees navigate to flowers based on their color, shape, and smell. But according to a study published last week (February 22) in Science, they can also sense the flowers’ electric fields.

“We had no idea that this sense even existed," Thomas Seeley, a behavioral biologist at Cornell University not involved in the study, told Nature.

Previous research had shown that insects tend to have a positive charge, while flowers have a negative one. This aids the insects in collecting pollen, as the difference in charge makes it stick to them more readily. But it was unknown whether the bees were aware of the electrical fields around them.

The researchers gave artificial flowers different charges, filling one type with sugary syrup and another with a bitter compound. They found that over time the bees learned to approach the flowers with the tasty reward. But when they turned off the electric charge on the flowers, the bees reverted to approaching them at random.

When a bee lands on a flower, the flower’s charge changes slightly. The researchers hypothesized that the bees use their ability to sense electrical fields to track these fluctuations. “We think bumblebees are using this ability to perceive electrical fields to determine if flowers were recently visited by other bumblebees and are therefore worth visiting,” Daniel Robert, a biologist at the University of Bristol and an author of the paper, told Nature.