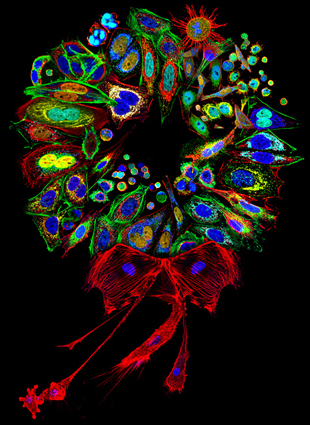 Nikon’s 2011 Small World CompetitionFor the past 37 years, Nikon’s Small World Photomicrography Competition has showcased some of the most breathtaking images ever captured under a microscope, and this year was no exception. The top three winners of this year’s competition were photographs of a turquoise-hued green lacewing, a blade of grass magnified 200 times, and the marine phytoplankton Melosira moniliformis, which was imaged while still alive.

Check out other memorable, award-winning life science images of 2011:[gallery]

Imagine Science Film FestivalThis past October, science enthusiasts and film aficionados flocked to the fourth annual Imagine Science Film Festival (ISFF) in Manhattan and Brooklyn to screen 80 short films selected from over 400 submissions. Among the most memorable were the winner of the ISFF Scientific Merit Award, “The Eagleman Stag,” a stop motion animated film about a man coming to grips with his own aging, and the ISFF winner of The Scientist Award, “Chasing Birds in Beringi,” which follows biologists into the barren arctic wasteland as they study and film tundra swans.

The Labby AwardsAnd finally, no “best-of” multimedia list would be complete without the winners our very own multimedia awards—the Labbies. The awardees of the second iteration of the Labbies included videos about snow-making bacteria and Cambodian weaver ants, as well as highly-interactive websites chock full of images, animations, and videos depicting the many facets of a cell or the human brain. The winners were chosen by a panel of judges, which included infographic guru Nigel Holmes and online science personality Kirsten “Kiki” Sanford, as well as hundreds of readers voting at the-scientist.com.