The Canadian marijuana company Tilray announced yesterday (December 18) that it has signed an agreement to partner with Novartis subsidiary Sandoz to sell medical marijuana in countries where it is legal, currently numbering 35. This is likely the first time a major pharmaceutical company has gotten into the medical marijuana business, STAT notes.

“It just made sense for us to reach an agreement with a company like Sandoz, which is known for its focus on patients, its reliable supply chain, a well-established sales force and a global distribution network,” Tilray CEO Brendan Kennedy tells Bloomberg. “If a product comes into a pharmacy with the Sandoz logo co-branded on it, or if a pharmaceutical sales rep is talking to a physician about a product that’s branded as Tilray and Sandoz, it lends credibility to that product.”

Tilray has been working with Sandoz Canada since March and have co-branded eight ingestible oil and capsule medical cannabis products, Bloomberg reports. The new global agreement is an outgrowth of that collaboration.

Kennedy tells MarketWatch that it isn’t planning to shift focus away from recreational marijuana, which it currently sells in Canada, where recreational weed has been legal since October. “For Tilray, both are equally important,” he says. 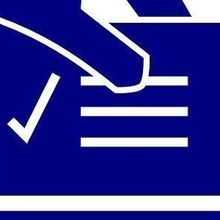