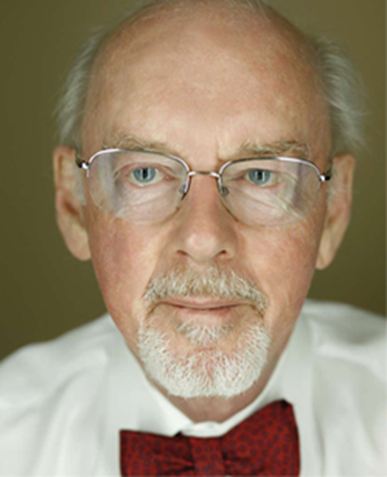 Hans Leo Kornberg, a biochemist at Boston University credited with discovering the glyoxylate cycle in microbes, died late last year (December 16). He was 91.

One of the first researchers to use radioactive carbon labeling to trace compounds through metabolic pathways, Kornberg coauthored more than 250 scientific publications over his 70-year career and was internationally recognized as an expert on carbon metabolism in microbes.

“Sir Hans will be greatly missed by his colleagues and students,” Boston University says in a statement. “Not just a brilliant biochemist and skilled educator, Dr. Kornberg always had an anecdote or witty story at hand. . . . [He’s] remembered for his generosity, incredible wit, many stories, endless puns, and cheerful nature.”

Born in Herford, Germany, in 1928, Kornberg emigrated to the UK in 1939 as a child refugee fleeing Nazi Germany. His parents died in the Holocaust, and he was raised by his uncle in Yorkshire.

At the age of 17, Kornberg took up a job as a technician in the Sheffield University lab of famed biochemist Hans Krebs, who would be awarded the 1953 Nobel Prize in Physiology or Medicine for his 1937 discovery of the citric acid cycle (also known as the Krebs cycle), a key step in cellular respiration.

Krebs, who had also left Germany to escape Nazism, encouraged Kornberg to study math and chemistry alongside his duties as technician. In a 2013 interview for the University of Sheffield’s alumni news, Kornberg described Krebs as “In loco parentis to me.”

After a chemistry degree and a PhD in biochemistry, both at Sheffield, Kornberg spent two years in a fellowship at Yale University and the Public Health Research Institute of New York working with Melvin Calvin—another Nobel Prize winner with a metabolic cycle named after him, in this case in photosynthesis.

In 1955, Kornberg moved back to the UK to work again with Krebs, now at the University of Oxford. There, the pair used radioactive labeling to track carbohydrate compounds as they were converted through the various stages of the Krebs cycle. They soon discovered another important cycle, the glyoxylate cycle, that allows some bacteria, fungi, and plant seedlings to bypass parts of the Krebs cycle to make various cellular materials.

Not long after publishing an influential 1957 textbook with Krebs, Energy Transformations in Living Matter, Kornberg took up a position as chair of biochemistry at the University of Leicester and spent the following years digging into the details of anaplerosis, a term he coined to describe biochemical pathways that replenish metabolic intermediates in the Krebs cycle.

In 1975, he moved to the University of Cambridge, and after retiring there two decades later, took up a position at Boston University, where he remained actively involved in teaching and research over the next 20 years.

Elected to the Fellowship of the Royal Society in 1965, Kornberg received multiple honors during his seven-decade career, including a knighthood in 1978 and 11 honorary doctorates. Throughout his career his real interest remained his lab work, as he regularly told interviewers.

Kornberg is survived by his second wife Donna Haber and four children from his first marriage to Monica King, who died in 1989.