The decision to end the studies came after a data safety monitoring board found that the benefits of administering elenbecestat did not outweigh the risks, reports Reuters. Elenbecestat was a β-site amyloid precursor protein-cleaving enzyme (BACE) inhibitor, a drug that curtails the production of the main component of the amyloid plaques found in Alzheimer’s patients. In March, the companies ended two late-stage trials of another Alzheimer’s drug, aducanumab.

The two Phase III studies, known as MISSION AD1 and AD2, were designed to test the safety and effectiveness of elenbecestat in 2,100 patients with mild cognitive impairment or early Alzheimer’s disease. “We are very disappointed with the news, and intend to learn from these data and continue engaging with patients and investigators to pursue the discovery of new medicines for Alzheimer’s disease,” Lynn Kramer, chief clinical officer of Eisai’s neurology business group, says in a news release, according to FierceBiotech.

Other pharmaceutical companies such as Amgen and AstraZeneca have stopped trials of BACE inhibitors in the past, according to Reuters. Biogen and Eisai’s Phase III trial of the anti–amyloid-β antibody BAN2401 will continue.

Correction (September 23): The article incorrectly stated that both elenbecestat and aducanumab were BACE inhibitors. Aducanumab is an anti-β-amyloid antibody, not a BACE inhibitor. The Scientist regrets the error. 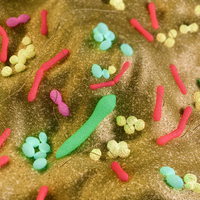