Adrianus Kalmijn, a pioneer in studying sharks’ “sixth sense,” died on December 7, 2021. He was 88 years old and passed away from acute myeloid leukemia in a hospital in La Jolla, California, his son Jelger Kalmijn tells The San Diego Union-Tribune.

According to an obituary by the Scripps Institution of Oceanography at UC San Diego, his wife Vera Kalmijn describes his research and life philosophy as adhering to Faraday’s principle to “remove error and discover truth.” 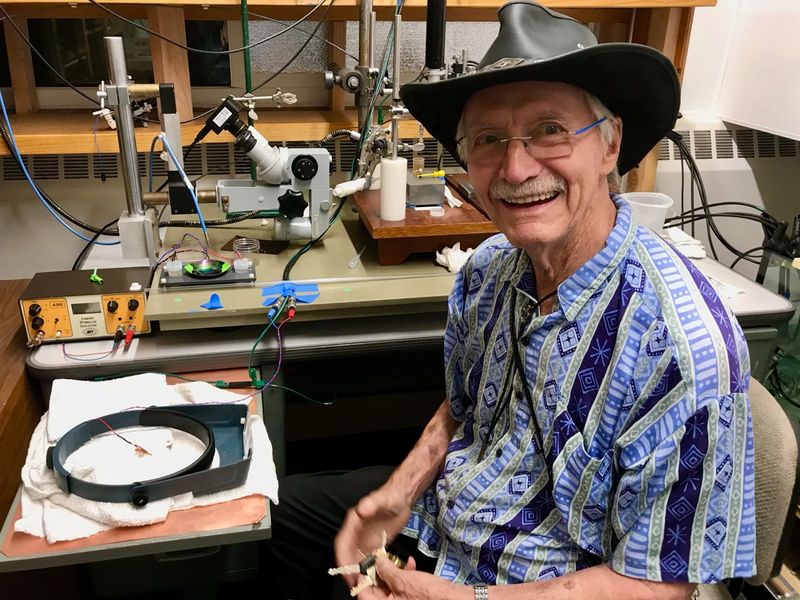 Kalmijn was born in Utrecht, the Netherlands on November 7, 1933. His father was a math teacher and his mother was a children’s book author, according to the Union-Tribune. After high school, he served in the military for about three years and then went on to study at Utrecht University, eventually joining the university’s faculty.

In 1971, he published what would become one of his most recognized research contributions, a study on the electric sense of sharks and rays in the Journal of Experimental Biology. The paper identifies special pores on sharks and rays, known as ampullae of Lorenzini, as having receptors that pick up on electrical signals from other fish.

Kyle Newton, a Washington University in St. Louis shark physiologist and behaviorist, describes Kalmijn’s research findings as “monumental” in the Scripps obituary, explaining that “He basically discovered that the ampullae of Lorenzini are the organ responsible for electroreception and he noted that this is a major tool for hunting prey that hide buried in the sediment.”

Kalmijn conducted research at the Woods Hole Oceanographic Institution in Massachusetts from 1974 to 1982, according to the institution’s obituary. While here, he built an electromagnetic research facility. In 1981, he joined Scripps Oceanography at UC San Diego, where he remained for the rest of his research career as a professor of climate, atmospheric sciences, and physical oceanography. At that institution, he continued to research electromagnetism in marine animals, as well as shark hearing and other sensory systems.

“My father felt a deep humility toward animals,” and thought they had so much to teach people about the world, Kalmijn’s son Jelger—a researcher who worked with his father on projects—tells the Union-Tribune. He is survived by his wife, reports the newspaper, as well as two sons, a daughter, and six grandchildren.