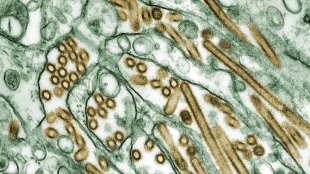 The journal Science, and possibly Nature, will delay publication of controversial research on strains of the H5N1 flu capable of transmitting aerially between ferrets, instead opting to publish the work in full after further discussions by scientists and bioethicists make clear the best way to proceed.

Science arrived at this decision after the World Health Organization recommended today (Feb 17) that the two journals publish the full details of the work. The decision was made by a group of more than 20 scientists, government officials, and an ethicists at a meeting called by WHO, and stands in stark contrast to the recommendation of the National Science Advisory Board for Biosecurity (NSABB), which urged the journals to redact details of the methodologies and results. Nature has not yet publicly voiced its reaction to the WHO...

“There’s a preference from the public health perspective for full disclosure of the information in these two studies,” Science editor-in-chief Bruce Alberts read from the WHO statement said at a press conference held at the AAAS meeting in Vancouver, British Columbia, this afternoon. “However, there are significant public concerns surrounding this research that should first be addressed.”

The first is to raise public awareness and understanding to avoid “an unnecessary frightening of the public,” Alberts said. And secondly, the WHO group calls for further review of the biosafety and biosecurity aspects raised by the research.

“I’m not completely clear about what the decision means,” admitted Alberts. “The plan we did have—both Nature and Science were on track to publish a redacted version in the middle of March—certainly that’s now not going to happen.”

Some are pleased with the decision. “Publishing the papers in full is the only course that makes sense,” Rob Carlson, principal at Biodesic, an engineering, consulting, and design firm in Seattle, told The Scientist in an email. “The very act of censorship [would give] the data and methods value they wouldn't have otherwise, which means censorship increased the risk of theft of that information by hackers. Given the era we live in, there was never going to be a verifiably secure way to share the results with only vetted researchers."

But others are concerned that there were not enough voices heard at the WHO meeting. “That recommendation has to have emerged from the research scientists rather than public health officials,” John Steinbruner, professor of public policy at the University of Maryland and Director of the Center for International Studies at Maryland, said in an email. “It sounds like no security specialists were at the meeting.”

Alberts, for one, says he plans to wait for further information from the WHO before publishing the paper in Science. “I have not been able to talk to Phil Campbell, my counterpart at Nature, but I believe he will do the same thing.”

One reason the WHO likely arrived at the decision to eventually publish the papers in full is the technical difficulties associated with redaction, suggested Alberts. “[Experts have] been unable to come to an easy mechanism that they could use to provide the information that would be removed from the redacted paper to those with a need to know.” In addition to computer security concerns and the actual logistics of transferring the files, there are the export laws in the countries where the research was done—the Netherlands and the United States—that could affect how those transfers are done.

Though questions remain, things do appear to be moving in the right direction. “No matter what happens from here on in, I think we’ve gone to the next stage,” Alberts said.

Others are waiting for further discussion on the authorization and oversight of such research projects. “To me publication is a side issue, as terrorists could not repeat the experiments and enough detail is already out there for sophisticated molecular virologists to repeat them even without full publication,” Lynn Klotz of the Center for Arms Control and Non-Proliferation in Washington, DC, said in an email. “The bigger issue is what experiments should or should not be carried out, and the need for prior and continuing expert oversight. In this case, benefit does not justify the risk.”

Along these lines, the WHO group also agreed to extend, for an undetermined amount of time, the 60-day moratorium on dangerous H5N1 research, voluntarily initiated by a group of 39 scientists in a letter published jointly in Science and Nature in January.