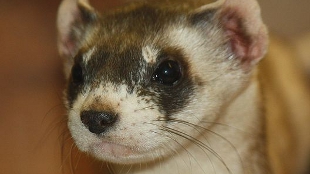 A long-anticipated paper detailing the creation of an artificial strain of H5N1 bird flu virus that, while less lethal, is capable of transmission in mammals has been published today (May 2) in Nature. The report reveals that a real-world conversion of H5N1 to a form that could cause a pandemic in humans is potentially only a few mutations away.

“[The study] has disproven the tenet held by some influenza virologists that this particular high-pathology avian flu could not adapt to transmission in mammals,” said Stan Lemon of the University of North Carolina, who was not involved in the research. “Now we know that that can happen it is a bit of a wake-up call.”

Some scientists had doubted the possibility that H5N1 bird flu could adapt to human transmission, Lemon explained, because “influenza viruses are primarily viruses of birds… and previous human epidemics or pandemics have always had an...

And it might not take much to convert the H5 protein, noted senior author Yoshihiro Kawaoka of the University of Wisconsin, Madison in an email to The Scientist. “Only a few mutations are needed to confer transmissibility [in mammals],” he said. “This will make it important to stockpile vaccine and antivirals and optimize pandemic preparedness measures.”

Of course, this publication is not the first time the scientific community has heard about these results. Indeed, Kawaoka’s study, along with a similar study led by Ron Fouchier at the Erasmus Medical Center in Rotterdam, the Netherlands (which is pending publication at Science), has been making headlines since late last year, when the National Science Advisory Board for Biosecurity (NSABB) made the unprecedented move of recommending that certain details be redacted prior to publication, for fear that they could be used for wrongdoing. But after further discussion, both the NSABB and the World Health Organization (WHO) decided that it was in the best interest of science to publish both papers in full.

The publication does lay to rest some questions regarding the details of the study, such as the fact that the engineered virus is not as lethal as the naturally existing strains of H5N1, which have killed about half of the people they have infected. This is because Kawaoka and colleagues paired mutant H5 proteins, which conferred transmissibility among the ferrets, with virus particles from a much less deadly H1N1 virus, creating what are known as reassortant viruses. “This approach enabled us to focus on the role of the H5N1 virus hemagglutinin without the complex background of the other genes,” explained Kawaoka.

Randomly mutating the H5 gene, the researchers found two mutations that, in combination, allowed the viruses to bind to the mammal-specific receptors in vitro. They then tested the reassortant viruses in vivo, by putting the viruses up ferrets’ noses and caging these infected ferrets next to non-infected ferrets, which contracted the virus in a matter of days. During the infections, two additional mutations arose in H5 that conferred improved growth and transmission of the virus. But thanks to the less virulent H1N1 components, no ferrets died.

Despite the fact that the researchers are working with a combination of viruses, the study does have real-world significance, said Kawaoka. “Many influenza genomes are capable of reassorting to generate hybrid viruses if they infect one host.”

The team’s findings could both inform the development of vaccines and aid in the monitoring of circulating viruses for signs that they are acquiring mutations conferring transmission between mammals. “If surveillance teams know which mutations are important," Kawaoka said, "they can be alert for the emergence of viruses with pandemic potential.”

In their attempt to prepare for such deadly outbreaks, however, the researchers might have created an alternative worst-case scenario, argued Richard Ebright of Rutgers University, New Jersey. “The research has benefits in terms of expanding our fundamental understanding of influenza evolution and biology, and some potential practical applications in terms of surveillance and response, but these benefits do not match, much less outweigh, the risks,” he said, which include not just bioterrorism, but accidental escape of the virus or deliberate release by a disgruntled or disturbed lab worker. (Read more about Ebright’s thoughts on the risks of such research in last month’s feature, “Deliberating Over Danger.”)

“On the other hand, there is a very definite risk, and I think of greater magnitude, that this virus will evolve in nature,” said Lemon. “Four mutations is not a lot, [especially considering that] RNA viruses are highly mutable—the kinds of viruses that very readily adapt to new environments…. We need to be ready to observe that happening, predict it happening, and counteract it. From my own perspective, the risks of nature being a terrorist here are much greater than the risks of some misguided scientist.”