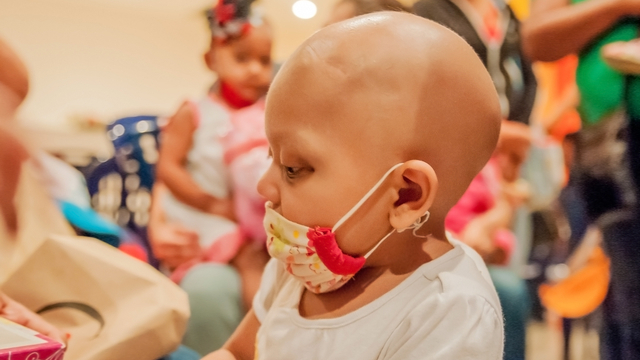 Children with non-chromosomal birth defects, such as congenital heart malformations or nervous system disorders, are more than twice as likely to end up with childhood cancer as kids without a birth defect, according to a study presented today (April 15) at the annual meeting of the American Association for Cancer Research (AACR) in Chicago.

Approximately 3 percent of children born in the United States have a birth defect, either due to chromosomal anomalies, single-gene syndromes, or another cause. The majority—86.5 percent—are the latter. While previous studies have looked at the connections between specific defects and the risk of any cancer, or specific cancers and birth defects generally, “what’s missing [are] good, population-based estimates of the risk of specific cancers and associations with specific birth defects,” says coauthor Jeremy Schraw, a postdoctoral pediatric cancer researcher at Baylor College of Medicine, during a press conference at AACR. “That’s...

To obtain that kind of large dataset, Schraw and his colleagues collected data from birth defect and cancer registries in Texas, Michigan, Arkansas, and North Carolina for the years 1992-2013. “We were able to form a retrospective birth cohort of over 10 million live births,” Schraw says. Their goal was to find associations between specific cancers and particular non-chromosomal defects, he explains. The researchers ultimately examined 60 birth defects and 31 childhood cancers, and identified 539,891 children with non-chromosomal defects, 14,773 kids with cancer, and 1,787 with both.

Schraw and his colleagues found that the risk of developing any cancer was 2.6 times higher in children with non-chromosomal birth defects than in those without a defect. And certain birth defects had much higher associations with particular cancers. For example, children with ventricular septal defect, which causes a hole in the wall between the lower ventricles of the heart, have a 10.5-fold greater risk of developing hepatoblastoma, a cancer of the liver. And children with one of several craniofacial or central nervous system defects have increased cancer risks of about 10 to more than 70 times that of healthy children.

Schraw says he and his colleagues intend to expand their efforts to include even more statewide registry data to study associations between other rare cancers and rare birth defects. They also plan to sequence the genomes of children with both cancer and a birth defect, “to investigate putative genetic causes of cancer among children with non-chromosomal birth defects,” he says.