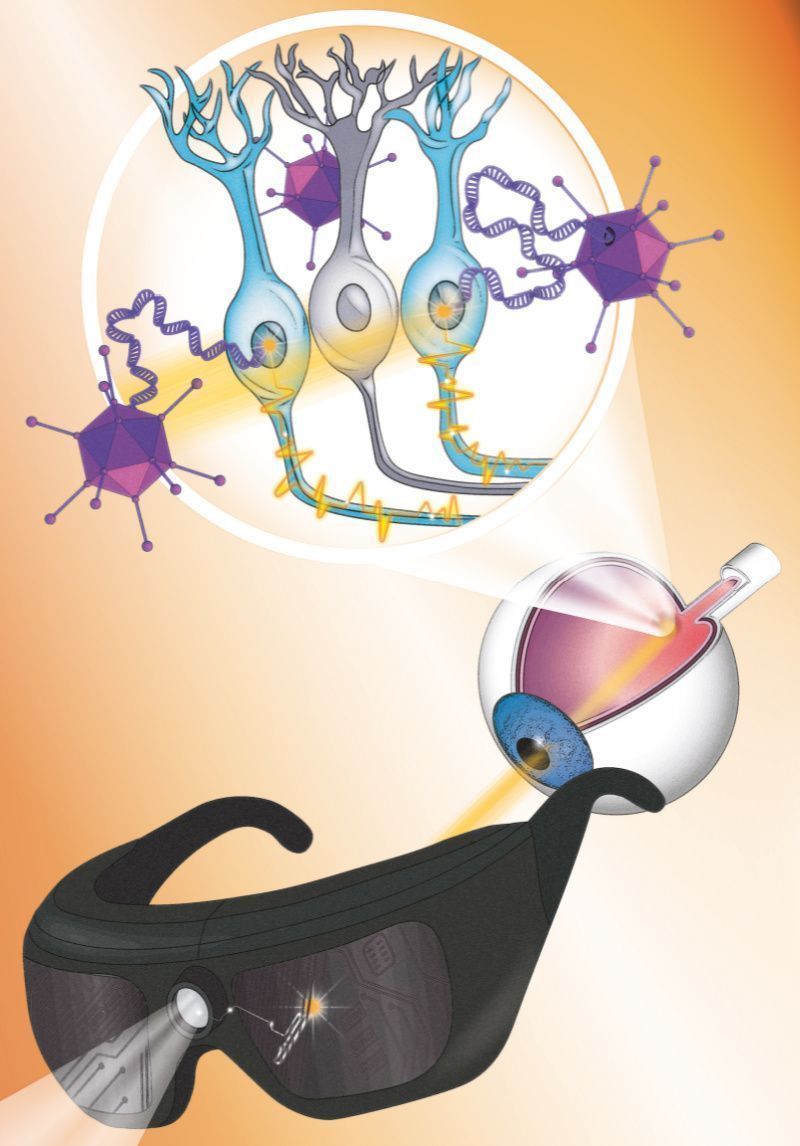 Since its early days in the mid-2000s, optogenetics, with its potential to activate neurons with light, emerged as a promising technique for restoring vision in blind patients. In recent years, at least two companies have announced the start of clinical trials to test optogenetics-based therapies in humans, and one of them recently announced that patients who were blind or nearly blind from retinitis pigmentosa could detect light and motion following treatment.

Today (May 24), a case study led by José-Alain Sahel of the University of Pittsburgh and Botond Roska of the University of Basel published in Nature Medicine provides the first detailed evidence in a peer-reviewed study of a person’s partial functional recovery of vision after optogenetic treatment.

“I think we optogeneticists were all extremely keen to see something like this, the first publication on actually [a] human being [gaining] some sight by optogenetic treatment,” says Sonja Kleinlogel of the University of Bern who did not participate in the study.

The 58-year-old man described in the paper was the first patient in a clinical trial—partially funded by GenSight Biologics—designed to assess the safety and, secondarily, the efficacy of the therapy. Forty years before enrolling in the trial, he had been diagnosed with retinitis pigmentosa, a rare, genetic disease that results in the degeneration of the photoreceptor cells in the retina, leading to blindness.

To compensate for the loss of these photosensitive cells, the team sought to make existing retinal ganglion cells—which in healthy conditions receive, via other intermediate cells, information from photoreceptors—respond to light. “We do this by taking light sensors from microbes and [delivering them] to the blind retina using gene therapy,” said Roska in a press briefing last week.

Specifically, they injected the gene for the artificial channelrhodopsin ChrimsonR, originally derived from the algae Chlamydomonas noctigama, into the central retina of the patient’s most-impaired eye. The light-sensing protein, delivered via an adeno-associated viral vector, takes several months to be fully expressed on the surface of cells. Once this occurs, it needs to be activated with engineered goggles, which detect changes in light in the immediate surroundings and in real time project light pulses in the amber color spectrum—corresponding to the peak sensitivity of the inserted protein—onto the vector-treated retinal cells.

The coupling of the injection with the use of goggles is not enough to restore vision—the patient still required visual training to learn to control his eye movements and associate the visual perception of objects with their physical location. This “is not a plug-and-play technology. It’s a technology that is enabling rehabilitation,” said Sahel in the press briefing. Before treatment, the patient could barely detect light, but seven months after the start of the training, he reported the first signs of visual improvement.

To rigorously assess the partial gain of vision, the team performed different tests in which the patient was asked to perceive, locate, count, and touch one, two, or three objects (a notebook, a staple box, or a group of tumblers) on a white table under different conditions. Without goggles, he could not carry out any of these activities at all, but when his injected eye was stimulated with the goggles, the success rate of his performance improved significantly—for instance, he could perceive, locate, and touch the notebook in 92 percent of the trials that involved the identification of this large object. The patient’s achievement in these trials was further confirmed by electroencephalography (EEG), which recorded distinct neuronal activity depending on the presence or absence of an object on the table.

Wayne State University neuroscientist Zhuo-Hua Pan, whose team in 2006 reported the use of optogenetics for restoring light sensitivity in mice with damaged photoreceptors, says he is pleased to see these results. “It’s the first formal publication [and the] data is very convincing.” Pan was not involved in this work, but he serves as a scientific advisor to Allergan, the first company that started a clinical trial to test optogenetic therapies.

See “The History of Optogenetics Revised”

The gain of sight in this patient is limited and does not provide enough resolution to identify faces or read, Roska said at the press briefing. This could be partially due to the low dose of viral vector the patient received. There were two other patients injected with the same dose. The COVID-19 pandemic did not allow for full training and assessment of their vision, but the team learned from these patients that the therapy was safe, which has allowed subsequent cohorts to be treated with higher doses. Sahel said that the team hopes that treatment at those doses will provide better results.

Even if the sight restoration is not optimal, Kleinlogel says, just to see that the principle works brings motivation to scientists in the field. Kleinlogel is cofounder of ARCTOS medical, a company that develops optogenetic tools to improve vision, where Roska is a board member.

A challenge in the near future is to develop the tools and approaches to make the learning process more efficient for the patients receiving this therapy, Roska told reporters. The type of information coming from the injected retinal cells is new to the brain, so clinicians have to teach it to learn a new language. “A new scientific field is getting born, namely, visual rehabilitation,” he said.