Mice treated with healthy donor blood following a stroke had less brain tissue death than control mice, as evidenced by less white material in the brain slices. When mice were given donor blood containing MMP-9, an enzyme that degrades the blood-brain barrier, the benefit of the blood replacement therapy was minimized.
REN ET AL., NAT COMMUN, 11:4078, 2020

Researchers have partially mitigated the effects of an ischemic stroke in mice simply by replacing a small amount of their blood with that of a healthy donor. Days after receiving the transplant, mice had less tissue damage surrounding the clot and suffered fewer neurological side effects compared to mice that had not received a blood infusion.

The results, published August 25 in Nature Communications, highlight the link between strokes in the brain and the immune system. At least some of the damage caused by strokes, the authors say, is the result of an overreactive immune response during which cells sent to an injury to fight infection and facilitate repair instead harm sensitive brain tissue.

“The initial impetus for the study was to determine the extent to which this immune response, which we know is very rapid and very profound, contributes to brain damage from stroke,” James Simpkins, a neuroscientist at West Virginia University and a coauthor of the paper, tells The Scientist.

In the moments following a stroke, the body activates a complex immunological response, funneling messenger molecules past the blood-brain barrier and into the blood to recruit immune cells to the damaged area. Neutrophils—white blood cells that are often the first to arrive—increase the levels of an enzyme called MMP-9 that degrades the blood-brain barrier further, the better to allow more immune cells and signaling molecules to pass through. In some instances, the body can release too many of these molecules, such as cytokines, into the blood at once, and the resulting cytokine storm can damage brain tissue surrounding a clot, causing inflammation and degeneration of brain tissue.

To better understand the immunological link between brain and blood, the researchers used a mouse model to mimic an ischemic stroke that was subsequently cleared by the scientists after 90 minutes. Between six and seven hours after the stroke, the mice received a blood transfusion of either 250 or 500 microliters of blood from a healthy donor, roughly 10 percent to 20 percent of a mouse’s total blood volume, after the same volume had been removed from the animal. One hour later, the scientists tested the permeability of the blood-brain barrier, followed by a measure of the amount of damaged brain tissue 24 hours after treatment.

Mice that received blood replacements suffered fewer ill effects than control mice, with the benefits being strongest in the group receiving a larger volume of new blood. The extent of tissue damage surrounding the clot decreased by as much as 70 percent to 80 percent, and cognitive defects brought on by the stroke improved in treated mice. Both the decrease in tissue damage and the rescuing of neurological deficits persisted for at least three days after the initial stroke.

“This is solid stroke research,” Dirk Hermann, a neuroscientist at the University Hospital in Essen who was not part of the study, tells The Scientist. “This study clearly shows that there is a lot of promise in utilizing the capacity of blood of healthy animals . . . which opens ideas for additional studies.”

Having established that blood replacement does in fact benefit mice following a stroke, Simpkins and his colleagues began looking into which components of blood are responsible for what he calls “the magic.” When mice had blood transfused from other stroke mice, they did not see the same benefits—the healthy donor was key. In addition, the mice did not improve when given plasma. Something in the cellular fraction of the blood itself was essential to the therapy.

The broader effect of replacing blood seems to be a dampening of the immune response. Following the treatment, the authors measured fewer leukocytes, including neutrophils, monocytes, T cells, and B cells, circulating in the mice’s blood. The same was true for chemokines and other cytokines, and they also found that MMP-9 was lower in the circulating blood and brains of treated mice, resulting in less degradation of the blood-brain barrier. When mice were given blood with MMP-9 artificially increased, the efficacy of the treatment was greatly reduced.

Xuefang “Sophie” Ren, a neuroscientist at West Virginia University and the first author on the study, says this last finding suggests that a reduction of MMP-9 brought on by a decrease in neutrophils in treated mice hints at a mechanism behind the therapy’s success. While she is already pursuing this idea in new research, the team will still need to carefully study each cell type to assess its individual importance and the ways in which cell types interact. “We still have a lot of work to do to identify the roles of these different cell types in stroke,” Ren says.

If the team members can identify the most important molecular components in the blood, they could target them for either enrichment or depletion in a mouse’s existing blood without a separate donor. For example, if neutrophils are found to be detrimental through their relationship to MMP-9, they could aim to reduce neutrophils in blood following a stroke. Alternatively, if they can identify a beneficial component, they could add it back in.

Despite these early successes, it’s unlikely that blood replacement would ever supplant existing therapies, says Francesca Bosetti, the program director for stroke at the National Institute of Neurological Disorders and Stroke, although it could be used in tandem. For instance, the mouse model the team used simulated a stroke followed by a recovery—something achieved in people by administering a clot-busting drug or endovascular treatment to restore blood flow to the brain prior to the blood replacement. “Nevertheless, if this new intervention can buy additional time or improve the outcome, then it would be extremely important,” Bosetti says. (The National Institutes of Health partly funded the study.)

To bring the treatment to humans, both Bosetti and Hermann say, a critical next step is to test blood replacement therapies on a larger, more diverse cohort of mice. Each experiment in the study included between five and eight individuals. “In experimental systems you have extremely standardized conditions, so one mouse is like the next one,” Hermann tells The Scientist. “But keep in mind patients have very heterogeneous strokes. Whether such a black-and-white response can be expected in human patients remains enigmatic.”

The authors would need to include both female and male mice—the current study included only males—across different age categories and with a broader suite of comorbidities reflective of what is seen in humans. In addition, Bosetti says she would like to see a more comprehensive assessment of cognitive and motor functions in addition to measuring infarct volume, as well as more sophisticated analyses of the blood-brain barrier. “Then, if these are all pointing to the right direction, one could consider potential clinical trials.” 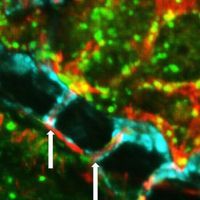