Blood samples spotted onto Guthrie cards at birth could prove a valuable source of genomic DNA for epigenetic studies. They could potentially allow scientists to peer into the history of a patient's epigenome and reveal which epigenetic patterns helped cause disease, and which resulted from disease, researchers at the University of London report in tomorrow’s (August 23) online issue of Genome Research.

“If validated, this could indeed add a much needed time scale to correlation studies of methylation and disease,” L. H. Lumey, a medical epidemiologist at Columbia University, who did not participate in the research, wrote in an email.

Research into the genetic basis of complex diseases has demonstrated that a fair portion of heritability can’t be accounted for by genetic sequence alone, explained first author Vardhman Rakyan, a senior lecturer at the University of London. “Genetics contributes only about 15 to 20 percent of heritability of diabetes....

But it’s more difficult to find epigenetic patterns that contribute to disease than it is to identify genetic sequences, Rakyan said. Genetic sequence is stable in most tissues, so “if we find a germline [gene] variant, we know it contributed to disease,” Rakyan said—but epigenetic modifications are not stable. Many epigenetic modifications result from environmental signals, so an epigenetic pattern linked to a disease may have contributed to causing the disease, or may have resulted from the disease. To add another layer of complexity, genetic differences between individuals can also contribute to epigenetic differences. This makes discovering which environmental signals—like diet or smoking—cause specific epigenetic changes complicated.

It helps to have epigenetic information over time. If researchers have information about an individual’s epigenome at birth, it becomes clearer which patterns contributed to disease early on, and which appeared later in life, said Rakyan. “We wanted to see if we could find epigenetic changes before disease occurs—but how do you go back in time?”

Rakyan and his collaborators looked to Guthrie cards. Around since the 1960s, Guthrie cards are slips of filter paper containing 4 blood spots from one individual, usually taken at birth. They were devised to provide an easily stored and transportable medium for blood storage, so that researchers could screen infants for diseases like phenylketonuria, which can result in mental retardation and seizures.

Although DNA is stable, Rakyan and his colleagues needed to check whether Guthrie card DNA was of sufficient quality to detect epigenetic changes, which are more delicate biochemically. They tested two well-established protocols for identifying a type of epigenetic modification known as DNA methylation with Guthrie cards, and found that the cards were well suited to both methods, allowing Rakyan to identify and compare methylation sites between three individuals.

“Our other objective was to look at whether epigenetic variation exists at birth,” Rakyan said. “Is this stable? If we look a few years later, will we still see this?”

Epigenetic changes can be influenced by genetics or the environment. In order to measure contribution of the environment only, Rakyan and his colleagues removed epigenetic markers within 10 kb of any genetic variant from their analysis. This left them with about 10 to 15 different methylation events between the three individuals. When they looked at epigenetic marks from patients’ blood taken at age three, most of the differences remained. Although 15 differences seems small, Rakyan pointed out that his sample size was limited. There are about 25 million epigenetic modifications to the genome, said Rakyan, and he and his colleagues only screened about 1 in 50.

Further validation of the Guthrie cards will require a larger sample size, said epigeneticist Manel Esteller of the University of Barcelona, who was not involved in the research. An additional issue, said Lumey from Columbia University, is that the search is still on for epigenetic patterns that correlate well with disease state, prognosis, or treatment response.

Researchers also need to “look into logistics of how to use Guthrie cards,” noted Bas Heijmans, a molecular epidemiologist at Leiden University Medical Center in The Netherlands who did not participate in the study. Depending on a country’s regulations, Heijmans points out, Guthrie cards may be stored for anywhere from a few months, as in Germany, to a lifetime, as Scandinavian countries do. Permission to use and store the cards can be difficult to obtain, as the recent destruction of 5 million Guthrie cards in Texas showed. “It would be terrible for more cards to be destroyed,” said Rakyan.

If Guthrie cards provide information about an individual’s epigenome at birth, they can be used in two ways, said Lumey. Researchers examining a patient population can look back at their infant epigenome; conversely, they can start with Guthrie cards and follow the effect of patterns known to be correlated with a specific disease. “You can go backwards from disease conditions, or forward from Guthrie cards, and incorporate time dimension in creative way,” Lumey explained. 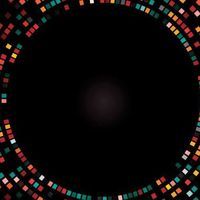