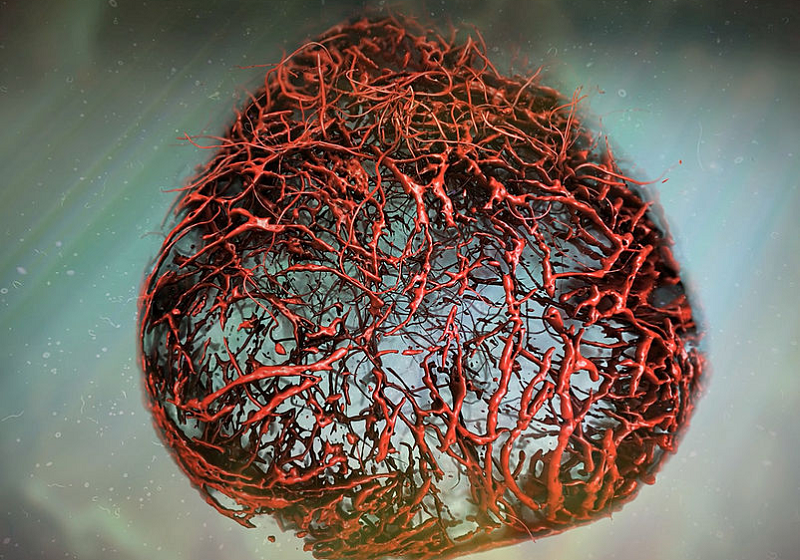 Scientists have for the first time grown functioning human blood vessel organoids from stem cells in the lab. Their study, published on Wednesday (January 16) in Nature, offers researchers the possibility of studying diseases related to the vascular system, such as stroke and diabetes, in an easy-to-manipulate model in a petri dish.

“Being able to build human blood vessels as organoids from stem cells is a game changer,” study coauthor Josef Penninger, director of the Life Sciences Institute at the University of British Columbia, says in a statement. “Every single organ in our body is linked with the circulatory system [so] this could potentially allow researchers to unravel the causes and treatments for a variety of vascular diseases.”

To test the function of the vessels they’d created, the researchers transplanted organoids into immunodeficient mice. The lab-grown vessels connected...

The team also showed that exposing the vessels to a diabetic environment—that is, high glucose concentrations and certain signaling molecules—caused the tissue to begin exhibiting diabetes-like symptoms. “Surprisingly, we could observe a massive expansion of the basement membrane in the vascular organoids,” study coauthor Reiner Wimmer, a postdoc at the Institute of Molecular Biotechnology at the Austrian Academy of Sciences, says in the statement. “This typical thickening of the basement membrane is strikingly similar to the vascular damage seen in diabetic patients.”

When the researchers experimented with administering diabetes-treating medications to organoids in this environment, they observed no change to the membrane thickening. But the team identified an enzyme inhibitor, DAPT, that did prevent thickening, suggesting that the pathway involved could provide a new avenue for treatment.