ABOVE: A colony of cyanobacteria from Lake Stechlin
PROF HANS-PETER GROSSART.

Cyanobacteria are found in almost all aquatic and terrestrial environments on Earth and, through photosynthesis, supply a large portion of the planet’s oxygen. According to a study published in Science Advances today (January 15), they also produce the greenhouse gas methane. As global water temperatures rise, cyanobacterial blooms are predicted to increase—perhaps leading these organisms to not only contribute to global warming but multiply because of it, creating a positive feedback loop.

“This is a very interesting topic that of course goes against what we knew about methane being produced in anoxic environments,” says Daniel McGinnis who studies the biogeochemistry and physics of aquatic systems at the University of Geneva and was not involved in the research. “I think the authors did a really fine job isolating [methane production] to the cyanobacteria, and that has some interesting links to climate change.”

Until recently, the biological production of methane was thought to be performed only by microbes called archaea (a domain separate to bacteria and eukaryotes), and only in environments free of oxygen, such as the deep sediments at the bottoms of oceans and lakes. But, “this idea is slowly being eroded and evidence is increasing that methane can also be produced in oxic environments,” says limnologist and ecophysiologist Stephen Maberly of the UK Centre for Ecology & Hydrology who also did not participate in the study. In recent years, other organisms have been found to produce methane, albeit at low levels, and studies of lakes and other bodies of water have revealed a so-called “methane paradox”—the production of methane in oxygenated surface waters.

One such study of the waters of Lake Stechlin in Germany revealed that methane level increases in the oxygen-rich surface layers often “coincided with cyanobacterial blooms,” says Mina Bizic, an author of the latest study and an aquatic microbial ecologist at the Leibniz Institute of Freshwater Ecology and Inland Fisheries.

This raised the possibility that the source of the methane was the cyanobacteria themselves. To find out, Bizic and colleagues collected and cultured cyanobacterial strains from the lake and a variety of other natural sources, and monitored methane production of each culture via mass spectrometry for several days. The team showed that, of the five freshwater strains, two soil strains, and six marine strains of cyanobacteria they analyzed, all produced methane.

The important point is that this is an additional source of methane that has not previously been taken into account.

The production of methane by cyanobacteria is not entirely unprecedented, but wasn’t considered a direct process. For example, it had been suggested that cyanobacteria could provide a source of hydrogen to accompanying methanogenic archaea. And it had been reported that methane is a byproduct of methylphosphonate demethylation—a phosphorus-scavenging pathway used by cyanobateria when this mineral is scarce.

The high availability of phosphorus in Lake Stechlin and other lakes suggested phosphorus scavenging was unlikely to be a major contributor, says coauthor Hans-Peter Grossart, also of the Leibniz Institute of Freshwater Ecology and Inland Fisheries. Certainly, it would “not explain the high concentrations [of methane] we find in lakes,” he says. Furthermore, the team showed that pure cultures—those lacking archaea—of several different cyanobacterial strains were capable of methane production. “Some of our cultures were completely free of other organisms,” Grossart says, “so we are pretty convinced the methane comes from [cyanobacteria].” Even in the non-pure cultures, methanogenic archaea were either absent, or present in negligible numbers, the team showed.

Together, the results indicate that, rather than being an associated process, methane production “is part of cyanobacteria’s basic activity,” says Bizic.

Methane production by the algae occurred in periods of both illumination and darkness, though peak production tended to reflect or follow peaks in photosynthetic oxygen production. Indeed, inhibition of photosynthesis reduced methane production, pointing to the pathways being linked. “We are now working on the mechanism,” says Bizic.

Methane is a potent greenhouse gas, says marine and environmental scientist Hans Paerl of the University of North Carolina who was not involved in the study. “In fact, it’s about 60 times more powerful in terms of generating greenhouse conditions than carbon dioxide,” he says.

Although the extent to which cyanobacteria contribute to global atmospheric methane levels is as yet unknown, “the important point is that this is an additional source of methane that has not previously been taken into account,” says Grossart. And, because of the potential positive feedback loop, it could become increasingly significant.

This study has “laid the groundwork for some really interesting research that is going to be significant from a perspective of understanding not only the physiology of these organisms, but also ultimately the larger-scale ramifications, the biogeochemical impacts,” says Paerl.

Ruth Williams is a freelance journalist based in Connecticut. Email her at ruth@wordsbyruth.com or find her on Twitter @rooph 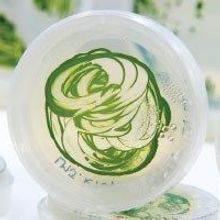