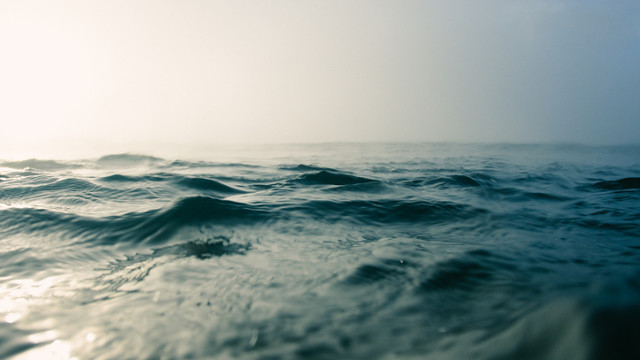 ISTOCK, BOYMONSTERMany marine organisms have evolved to exist in some of the most extreme conditions on earth—high pressure, cold temperatures, hot thermal vents, or low light. As such, their genomes are a source of largely untapped information that could be useful for a wide variety of potential biomedical and industrial technologies. But who are the early prospectors mining these marine genetic resources (MGRs) and who stands to benefit from them? While the answer to the second question is not yet clear, a report in Science Advances today (June 6) suggests that, with 47 percent of all registered MGR patents, German chemical manufacturer BASF is by far the biggest fish in these speculative seas.

“This is an important paper as it shines a light on who owns genetic sequence patents in the international ocean . . . and illustrates how easy it is for resources in the deep ocean...

The laws regarding the patenting of genetic sequences differ from country to country. But, regardless of a particular nation’s patent legislation, under the rules of the Nagoya Protocol—an international agreement borne out of the United Nations Convention on Biological Diversity in 2010—researchers or companies from one nation cannot exploit a biological resource from another country without agreeing to share with that country any potential benefits (monetary or otherwise).

This legislation only covers biological resources within a nation’s borders or waters, however. In international waters—which represent 64 percent of the world’s oceans, and half of its surface—it’s essentially a free-for-all, says ocean management researcher Robert Blasiak of Stockholm University who led the research. “Anyone can go out there and get anything they want and do anything they want with it.”

“Once you get beyond the borders of national jurisdiction, it’s the Wild West,” agrees marine biologist Curtis Suttle of the University of British Columbia in Vancouver.

To address the need for regulations pertaining to biological resources of the open oceans, the United Nations Convention on the Law of the Sea (UNCLOS) will, in September of this year, hold its first conference to develop a set of rules that balances innovation and commercialization with conservation and benefit sharing, according to the UN website.

With this conference on the horizon and the growing opportunities for research and development of the ocean’s biological resources, Blasiak and colleagues were concerned that “there wasn’t really any information about who is registering patents and who is actually using these resources from marine ecosystems,” he says.

The team therefore accessed 38 million records of genetic sequences associated with patents filed internationally, narrowed them down to the 12,998 sequences from marine organisms, and found that 84 percent of all such patents were registered by 221 companies, while the remaining 16 percent were registered by public and private universities, governmental bodies, individuals, hospitals, and nonprofit research institutes. Strikingly, one single company, chemical giant BASF, had more patents than all the other 220 companies put together—a whopping 47 percent of the share.

“By shedding light on the current state of play and identifying the key actors involved in patenting marine genetic resources . . . this research makes an important and timely contribution to the debate as the start of historic negotiations looms,” Harriet Harden-Davies of the Australian National Centre for Ocean Resources and Security who did not participate in the research writes in an email to The Scientist.

At this stage it is not clear whether BASF’s share of MGR patents is problematic or not, says Blasiak. “One thing we’re worried about with this research is that BASF will have fingers pointed at it, but that’s not the point of [our results] at all."

“I think BASF have some really valuable expertise,” he says, suggesting that the company could provide valuable insight into the effects any potential regulations arising from the UN negotiations might have on commercial endeavors. “I hope they take [the paper] in a positive way and take it as an incentive to get involved in the negotiations,” he says.

While BASF Research and Innovation Communications Manager Elaine Ahmed did not say whether the company would be participating in the UN negotiations, she did state in an email to The Scientist that “BASF is fully supportive of the aims of the Convention on Biological Diversity, the Nagoya Protocol and UNCLOS.”