Alarm over the plastic ingredient bisphenol A has led to marketing campaigns boasting BPA-free products—and a reasonable assumption by consumers that such labeling indicates greater safety. But the ingredients that substitute for BPA may act in much the same way as the original.

A study published today (September 13) in Current Biology finds pregnant mice exposed to the BPA substitutes BPS and diphenyl sulfone have offspring with chromosomal defects, and the abnormalities can persist for generations.

“This is disturbing but not unexpected,” Linda Giudice, a reproductive endocrinologist at the University of California, San Francisco, who was not involved in the study, tells Discover. “The replacements are the same class of compounds and they have the same mechanisms of action.”

This is not the first report that BPS and other BPA substitutes might yield the same untoward effects on animals. Several studies in zebrafish, for instance, have found that the compounds disrupt the endocrine system, and in cells, the chemicals can lead to fat accumulation.

In this latest work, Patricia Hunt of Washington State University and her colleagues exposed pregnant mice to BPA, BPS, diphenyl sulfone, or a placebo, finding that BPA and BPS led to a higher rate of chromosomal abnormalities in female fetuses. They also exposed male baby mice to a variety of plastic ingredients, including BPS and diphenyl sulfone, and found more chromosomal abnormalities in their sperm than in sperm from control animals. Subsequent generations had similar abnormalities.

It’s not clear what this means for humans. “It suggests these replacement bisphenols are not safe,” Patrick Allard, a molecular biologist at the University of California, Los Angeles, who was not involved with the study, tells Science.

As for lab animals, the report serves as a cautionary tale about housing conditions. Both the latest study and one Hunt led 20 years ago that first signaled the hazards of BPA came about by accident, when she discovered that mice’s reproductive systems were affected by plastic compounds leaching out of damaged cages.

“It was like Groundhog Day,” coauthor Tegan Horan of Washington State University tells the Sydney Morning Herald. “We were doing a normal experiment, and suddenly all our data started to look strange—like we were getting another exposure.” 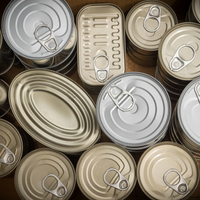 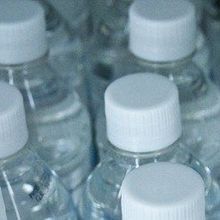 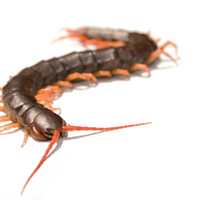