A prevailing belief in neuroscience has long been that fear and anxiety are distinct emotions, prompted by different stimuli that in turn activate different regions of the brain. Fear is a more basal response to an immediate threat thought to be controlled by the amygdala, while anxiety, linked to a part of the brain known as the bed nucleus of the stria terminalis, or BNST, plays out over time and doesn’t always stem from obvious danger.

Scientists are now challenging the belief that the two emotions are segregated in the brain. A study published September 21 in The Journal of Neuroscience demonstrates that when people are subjected to a certain threat meant to prompt fear or an uncertain threat that evokes anxiety, their brains seem to react the same, calling upon both the amygdala and the BNST in their response. While fear and anxiety are distinct emotional states, it appears their underlying neural circuitry is shared.

The original idea that the two emotions have separate neural processing pathways stems from decades of animal experiments that lesioned whole sections of a rodent’s brain, and was for many years treated as dogma. Yet, as neuroscience has evolved and the technology has progressed to the level of studying individual cells, the evidence supporting a strict distinction has been increasingly challenged.

“For every six studies that find a distinction, there are another six that run counter to it,” says Alexander Shackman, a neuroscientist at the University of Maryland and the senior author on the new study. “It just seems like we don’t have strong evidence for making these claims, so we tried to design this study to do a better job than some prior work of really nailing [this] down.”

To study how the brain interprets fear and anxiety, Shackman’s team designed an fMRI experiment that he calls a “low budget version of an immersive experience you might have with a good haunted house or a horror film.”

Nearly 100 participants agreed to lie in an MRI, where they were exposed to physical, visual, and auditory stimuli meant to evoke feelings of fear or anxiety. In some trials, the timing was certain, meant to emulate fear—at the end of a sequential countdown, each person received a strong electric shock, saw a disturbing image, such as a mutilated body, and heard a loud noise like a gunshot or scream. In others designed to prompt ongoing anxiety, the series of numbers was random, and there was no telling when the negative stimuli would be delivered. As controls, the researchers also had trials of both certain and uncertain timing of safety, using benign stimuli such as a picture of a chair.

Researchers created a paradigm in which participants in an MRI machine were subjected to threats meant to stimulate either fear (certain threat) or anxiety (uncertain threat). Following a series of numbers on a screen, those in the threat trials received a strong electric shock, were shown a distressing image, and heard a loud sound. In the fear scenario, the numbers counted down sequentially and the viewer knew when to expect the stimuli. In the anxiety scenario, the numbers were presented randomly and the viewer didn't know when the stimuli would occur.
hur et al., j neurosci, doi:10.1523/JNEUROSCI.0704-20.2020, 2020

During their time in the MRI machine, participants rated their fear or anxiety on a scale of one to four at the end of each trial, and everyone experienced each of the four scenarios at least once. Throughout the experiment, participants had their skin conductance monitored and their brain activity mapped.

Shackman and his colleagues found that people’s subjective rating of fear largely matched their skin conductance measurements, and both fear and anxiety were more acute during threatening trials than during ones in which they knew they were safe. People responded most strongly to trials in which the threat was uncertain, intended to evoke anxiety.

When the researchers compared the most active brain regions during each type of trial, they found that the response to threat was remarkably similar whether or not the timing of the threat was predictable, that is, whether the participant was experiencing fear or anxiety. Both instances stimulated the amygdala and the BNST. Using a statistical test, Shackman and his colleagues were unable to distinguish the responses between the two regions.

“What’s even more convincing than using the fancy stats is if you just look at the proportion of subjects . . . for any particular comparison who showed a bias in one region or the other,” Shackman tells The Scientist. Across all the certain and uncertain threat tests, 50 percent of participants showed a bias towards greater activity in one region over the other, the same results as flipping a coin.

Among other regions of the brain, they found that the cortex was more involved in processing anxiety, a novel finding that Shackman says may stem from the brain attempting to use its cognitive power to address sustained uncertainty in the face of an unpredictable threat.

Designing adequate paradigms to test such sensitive questions is difficult, and some research ultimately fails because of poorly conceived methods that don’t accurately test what scientists are looking to study, says Matthew Pomrenze, a postdoc in neuroscience at Stanford University. “But I think this one did a good job, based on the fact that they randomized everything and made it as controlled as they could. It gives me a lot of confidence in their data. I know it’s completely unbiased,” Pomrenze tells The Scientist.

Similarly, Joseph LeDoux, a neuroscientist at New York University who studies how the brain perceives danger, says these findings reaffirm what he has long believed: the two emotions are distinct, but connected. “Fear morphs into anxiety almost immediately, and anxiety can trigger fear. As soon as you’re anxious, you start seeing dangers everywhere,” LeDoux says. He wasn’t surprised, then, to see a similar response in the two neural regions.

He does say, however, that fMRI remains “a blunt tool.” With more sophisticated methods, researchers might be able to detect more subtle differences in the responses between the two regions, a finding that Shackman doesn’t dispute. Despite their similar responses to the different threat scenarios, the amygdala and the BNST are “certainly not interchangeable,” Shackman tells The Scientist.

The findings have potential implications for how scientists diagnose and treat mental health disorders. The amygdala-fear/BNST-anxiety binary has been integrated in the National Institute of Mental Health’s guidelines for standardizing the study of mental health disorders. This research framework, called the Research Domain Criteria, or RDoC, underlies much of the National Institutes of Health–funded work carried out in the US over the last decade. By treating fear as the domain of the amygdala while segregating anxiety to the BSNT, RDoC may be unintentionally obfuscating their dual involvement in both emotional states.

Rather than treating fear and anxiety as two different systems, Shackman says, “there’s a reasonable chance that one kind of intervention would actually hit both and help with both.” He, along with Pomrenze and LeDoux, say they would like to see RDoC updated to reflect the growing body of evidence that shows fear and anxiety reflect similar responses in the brain rather than falling back on conclusions from animal studies carried out decades before.

To bring about those changes, neuroscientists will need to have open and frank discussions about how the evidence has changed in the last decade since the RDoC was adopted. “As scientists, one of our core values is skepticism, and on occasion we need to apply that to our own micro community of research,” Shackman says. “My hope is that the field can get closer to the truth faster than if we don’t turn inward and talk about it.” 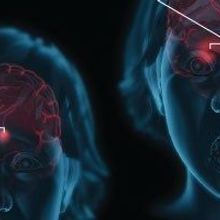