ABOVE: One of Xiaowei Zhuang’s students went on to use STORM to reveal the triangular protein mesh underlying the membranes of red blood cells.
KE XU, UC BERKELEY

Molecular geneticist Adrian Krainer of Cold Spring Harbor Laboratory received the award for his part in developing nusinersen (Spinraza), an oligonucleotide therapeutic for the treatment of spinal muscular atrophy. His colleague Frank Bennett, senior vice president of research at Ionis Pharmaceuticals—the company that commercialized the drug—also received an award. Read The Scientist’s coverage of their work on nusinersen here.

Cell biologist Angelika Amon was awarded a prize for work on the effects of an abnormal number of chromosomes on cell function. The MIT researcher spoke with The Scientist about her work on the link between aneuploidy and cancer in 2011. “Aneuploidy impacts basically all genome replication and segregation functions,” she said at the time.

Harvard University chemical biologist Xiaowei Zhuang earned recognition for the development of a super-resolution microscopy technique known as stochastic optical reconstruction microscopy (STORM) to study cell dynamics. The Scientist wrote about her and other researchers’ approaches to tracking translation in living cells here.

The fifth awardee is Zhijian “James” Chen, a biochemist at the University of Texas Southwestern Medical Center in Dallas, for work on how cells detect and respond to foreign DNA—work that offers insight into the mechanisms underlying cancer and autoimmune diseases. He discusses his research on the viral RNA immune-response pathway with The Scientist here. 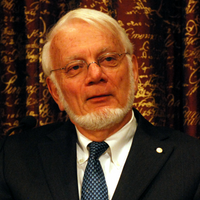