Breastmilk was once thought to be sterile, but researchers now know it abounds with microbial life. The factors that dictate which microbes teem within the milk are still something of a mystery. A new study points to differences caused by pumping verses directly breastfeeding the child, scientists report today (February 13) in Cell Host & Microbe.

The study examined the microbes of nearly 400 mothers’ breastmilk between three and four months after giving birth. The researchers also gathered information about the infants, their mothers, and breastfeeding practices and analyzed different components found in the milk itself, including fatty acids, hormones, and antibodies.

The scientists found that the microbial community varied widely across the milk they examined. Of the many factors they considered, only pumping versus directly feeding emerged as consistent factors in community composition.

The work  “shows that pumping and breastfeeding aren’t equivalent, and there are different effects,” study coauthor Meghan Azad, a research scientist at the Children’s Hospital Research Institute of Manitoba, tells Gizmodo.

Breastmilk from mothers who rarely pumped tended to have higher levels of mouth microbes from the infant and a greater diversity of microbial species. Azad and her colleagues observed that indirect feeding was associated with higher levels of certain potentially pathogenic microbes.

It’s still too early to say what these trends mean for the health of the child as connections between the milk microbiota and the microbes that colonize the infant gut are unclear. The results also shouldn’t make parents feel like they need to change how they feed their children, Azad tells Gizmodo.

In fact, there’s still much to learn about how the microbiota of breastmilk emerges. Altogether, the many factors the researchers investigated explained less than a third of the variation in microbial communities.

See "Maturation of the Infant Microbiome" 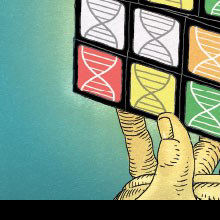