ABOVE: Personal protective equipment from the 17th century. During plague outbreaks some doctors wore a beaked mask filled with herbs and perfume thought to protect against contaminated air.
© ISTOCK.COM, MANUELVELASCO

They were not the only ones alarmed to see media reports this month about cases of plague—first in humans in Mongolia and then in squirrels in Colorado. A 15-year-old boy in western Mongolia died from bubonic plague after eating infected marmot meat, according to the country’s health ministry. Responding to localized cases, authorities in Mongolia closed some areas to tourists as a precaution.

While the boy’s death is tragic, there’s no reason to think this is another epidemic in the works.

“We’re not going to see a global outbreak or pandemic of the plague. That’s not going to happen,” says Michael Head, a senior research fellow in global health at the University of Southampton in the UK.

The Colorado health department that had announced a positive detection of plague in a dead squirrel recently updated its press release to reassure members of the public that plague “usually occurs somewhere in Colorado every year” and that it was found in a squirrel after a local health department investigated what was behind the deaths of more than a dozen of the animals.

The US Centers for Disease Control and Prevention say that a handful of human plague cases are detected in the US annually, almost always in the rural west. There are rarely any deaths. While there were four in 2015, for instance, there were none recorded in the three subsequent years. Nowadays, the number of cases detected worldwide each year total no more than a few hundred, says Head.

Head points out that bubonic plague, one of three main types of plague, does not transmit easily between humans. Instead, it’s spread by infected fleas that live on rodents including squirrels, prairie dogs, and marmots.

To catch bubonic plague, a person usually has to be bitten by a flea after coming into contact with one of these rodents or another animal, such as a pet, that itself has had such contact. It’s also possible to catch the disease by exposure to body fluids from an infected animal.

The actual infection is caused by the bacterium Yersinia pestis. Widely available antibiotics such as streptomycin or gentamicin are used to treat bubonic plague.

If untreated, the disease can cause fever, chills, vomiting, and greatly swollen lymph nodes—the “buboes” from which the bubonic plague gets its name. Between 30 percent and 60 percent of infected individuals die, according to the World Health Organization.

Bubonic plague is endemic in some areas in the US, Asia, Africa, and Latin America. Yet very few humans get it and for 100 years it has not generally travelled beyond those endemic areas, says Malcolm Bennett, a professor of zoonotic and emerging diseases at the University of Nottingham. He says that plague is therefore not primed to cause a global pandemic like COVID-19, but it does remain a subject of scientific inquiry.

Bennett says that decades ago the Soviet Union used to monitor the prevalence of bubonic plague in animals across its territories, including in Kazakhstan and Mongolia. “With the breakup of the Soviet Union all of that surveillance kind of disappeared,” he says. The Soviet Union even had a large program to poison rodents in these areas in an attempt to eradicate plague. On the flipside, the Soviets also experimented with Yersinia pestis as a biological weapon.

Bennett and colleagues have carried out surveys of plague in Kazakhstan in the past, to study how it is transmitted between gerbils. He says there are still unanswered questions about the pathogen, such as what strains are circulating and how or where the bacteria survives harsh winters in Eurasia.

“I’m not sure that we really have a good feel for the natural ecology of plague and its natural hosts,” he says.

Plus, there remains the specter of potential antimicrobial resistance (AMR). Bennett says there are no signs yet that Yersinia pestis is becoming resistant but it is theoretically possible. Generally, bacteria acquire resistance by transferring DNA molecules called plasmids between one another.

“Yersinias do have plasmids in them and those plasmids can carry antimicrobial resistance,” says Bennett.

But on the long list of concerns over AMR, bubonic plague—even for Bennett—is not at the top. And he also argues that there’s no urgent need to catalog all the pathogens that might be circulating in the wild.

“It’s more a matter of thinking about, what are the risks? How do things transfer over to humans? What are the high-risk things we do to make that happen?” he says.

In the case of bubonic plague, scientists and public health officials have good answers to these questions. Precautions such as keeping rodents at bay and restricting the movements of pets  in affected areas are already known to be effective. So while the catalog of horrors in 2020 continues to swell, bubonic plague is one that need not be included. 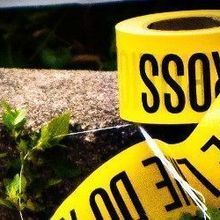