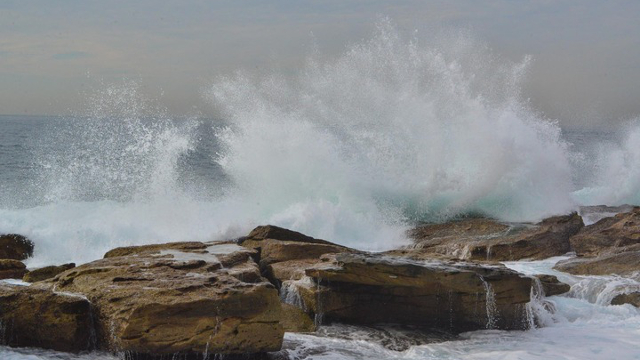 PXHEREReactions in tiny droplets of water may have given rise to some of the molecules essential for the origin of life.

These reactions, which require a lot of energy in large vats of liquids, are nearly spontaneous in small droplets, researchers report today (October 23) in the Proceedings of the National Academy of Sciences. The finding suggests that the building blocks of life, including DNA, RNA, and materials used in cell walls and energy storage, may have been generated in mists and sea sprays on early Earth.

“Did this happen billions of years ago? We don’t know,” study coauthor Richard Zare, a chemist at Stanford University, tells The Scientist. “But this is one plausible mechanism for prebiotic chemistry.”

In Earth’s history, the transition from non-life to life happened relatively quickly. About 4 billion years ago, the planet was a molten ball of lava. But it’s...

Zare and colleagues wanted to see if sea spray might have played a role in the reactions that generated prebiotic material, so they used nitrogen gas to generate a fine mist out of a solution of sugar, an RNA base called uracil, and phosphoric acid. After about 300 milliseconds, the team sniffed out the resulting compounds in the mist using a mass spectrometer, and found they included sugar phosphates and uridine—a component of RNA made up of uracil plus a simple sugar.

The initial compounds had undergone phosphorylation reactions, the team realized—a significant finding because phosphorylation is central to all metabolism in life today. Organisms use enzymes to catalyze the reactions, but these processes must have occurred non-enzymatically in the prebiotic environment to generate phosphorylated organic compounds, notes University of California, Santa Cruz biologist David Deamer in an email to The Scientist. “Aerosol chemistry is one possibility” for how that might have happened, he says.

Phosphorylation reactions are a classic example of how simple organic molecules morph into high-energy biopolymers. Understanding how such polymers form remains a challenge in origin of life research, Veronica Vaida, a physical chemist at the University of Colorado Boulder, writes in an email to The Scientist. The results of the new study show that reactions between phosphoric acid and sugars can occur without an external charge, condensing matter, or organic phosphates as an energy source, she notes; consequently, they may have occurred under the conditions present on ancient Earth.

Vaida adds that for the most part, only hydrothermal vents, rocks, clays, minerals, and the ocean as a whole have been considered as prebiotic reaction environments. In 2000, she and colleagues proposed that atmospheric aerosols could be prebiotic chemical reactors. The new paper offers compelling evidence that this hypothesis may be correct, she says.

If foundational phosphorylation reactions did take place in water droplets, what happened next to the resulting molecules? “If the aerosols were produced by wave action in the ocean, they would simply fall back into bulk phase water and the sugar phosphates would hydrolyze after awhile,” Deamer suggests. “However, if they were produced by waves breaking on a shoreline, the aerosols would fall into nearby fresh water pools just as they do now in places like Hawaii. The organic compounds would be concentrated as the pools evaporated, and this would allow another series of reactions to begin, including the incorporation of sugar phosphates into polymers like nucleic acids.”

But as Zare acknowledges, “We can’t know for sure. We weren’t there.”