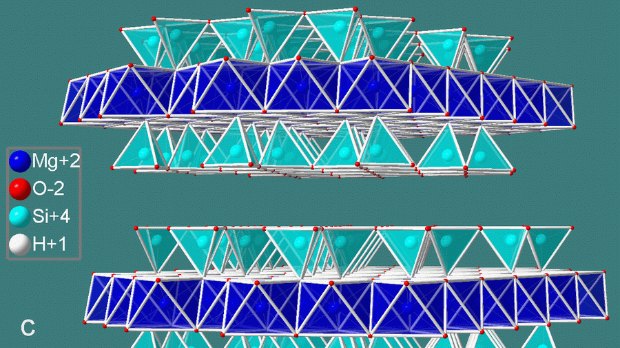 WIKIMEDIA, MATERIALSCIENTISTLast week, jurors in Missouri concluded that Johnson & Johnson bore some responsibility in the death of Jackie Fox, who died of ovarian cancer. Fox’s family was awarded $72 million in a case against the pharmaceutical behemoth because, the jurors said, Johnson & Johnson failed to disclose that its talc-based feminine hygiene powder carried an ovarian-cancer risk.

“The message that was spoken loud and clear came from the jury last week,” Ted Meadows, an attorney with Beasley Allen—the firm that represented Fox’s family—told The Scientist. “They’re telling J & J it’s time to either remove talc from the market or allow women to make an informed choice by putting a warning on the bottle.”

Yet, according to the company, the jurors’ decision was not rooted in evidence. “The recent jury outcome goes against decades of sound science proving the safety of talc as a cosmetic ingredient...

The truth, it appears, lies somewhere in between. Epidemiologic studies have produced mixed results, though many have found a slight increase in risk for ovarian cancer—roughly 30 percent—among women who use talcum powder in their genital areas. But as far as experimental evidence showing talc can cause cancer, “those studies are definitely needed,” said Katie Terry, an epidemiologist at Harvard Medical School who conducted a recent study looking at talc use and ovarian cancer risk.

Daniel Cramer, an epidemiologist at Brigham and Women’s Hospital, was among the first to publish results linking talc with ovarian cancer, finding a small increased risk among users. (Cramer is a paid consultant for plaintiff’s lawyers in talc-cancer litigation.) In 2000, for instance, he and his colleagues used data from the large Nurses’ Health Study and found a 40 percent increased risk for one type of ovarian cancer among women who used talc. The researchers saw no elevated risk for other types of ovarian cancer.

Last year, a case-control study led by Cramer’s team observed a 33 percent increase in ovarian cancer risk among women who applied talc genitally. And in a case report of a woman with ovarian cancer who used talc for decades, Cramer found evidence of the mineral in her pelvic lymph nodes. “Juries are very persuaded by the forensic evidence,” he told The Scientist. “If you put up a picture of a lymphatic channel with a talc particle in it, that’s pretty convincing.”

Joshua Muscat, a cancer epidemiologist at Penn State University, however, is not so convinced. (He is a paid consultant for defense attorneys in talc-cancer cases.) Case-control studies can suffer numerous limitations, he said, such as recall bias—women with cancer might recall a potentially hazardous exposure more readily—and challenges in determining exposure.

A more robust epidemiological design is the cohort study that tracks participants over time to see who develops disease. In 2014, using data from the Women’s Health Initiative, researchers from the University of Massachusetts-Amherst and colleagues found no link between genital or diaphragm-based talc powder use and ovarian cancer. “Here’s a true objective measure: talc-dusted diaphragms,” said Muscat. “There’s no increased risk at all.”

The study included only post-menopausal women, noted Terry, which could help explain the difference between the Women’s Health Initiative study and others, including her team’s own. In 2013, Terry and colleagues compiled data from eight case-control studies and found a 24 percent increased risk for epithelial ovarian cancer among women who used genital powders. From the questionnaires, the researchers could not definitively tell whether the products included talc.

“The data is suggestive that genital powder does increase risk,” Terry told The Scientist. She added that because ovarian cancer is rare, a 24 percent increase will likely not have a huge impact on the population. “It’s not like everybody who uses genital powder will get cancer. But there are very few modifiable factors for ovarian cancer.”

It’s not yet clear from published experimental data whether talc used in the genital area can indeed travel to the ovaries, increasing a woman’s cancer risk.

“There is no known biological mechanism—even if you thought talc could enter the reproductive tract and make contact with the ovaries—by which it could cause cancer,” said Muscat. “There are so many issues with this that it’s not really considered credible.”

A 2013 report by a Cosmetic Ingredient Review panel examined available toxicity and exposure evidence from studies on animals, cells, and humans, declaring talc safe for use. As for migration of talc to the ovaries, the results were inconclusive. Some experiments found talc in the ovaries of rats administered talc into the vagina, but did not find the same in rabbits and monkeys. A study of human ovarian tumors found talc particles in 75 percent of the cases, while five of 12 examined cases of healthy ovarian tissue samples taken from women with breast cancer also detected talc.

“There were no remarkable results found in studies examining the cellular effect of talc, such as cytotoxicity assays, assays examining the effect of talc on cell viability, or studies on the induction of apoptosis (among others),” the panel concluded. However, one of the studies the report cites that exposed human cell lines to talc found that it “increased proliferation, induced neoplastic transformation and increased [reactive oxygen species] generation time-dependently in the ovarian cells” and suggested the compound “may contribute to ovarian neoplastic transformation.” The Cosmetic Ingredient Review, an independent team funded by the Personal Care Products Council, did not respond to a request for comment.

Most health agencies have not declared talc a risk factor for ovarian cancer, save for the World Health Organization’s International Agency for Research on Cancer, which concluded in 2010 that “perineal use of talc-based body powder is possibly carcinogenic to humans.”

Cramer said he suspects the mechanism behind the link his team has observed between genital talc use and ovarian cancer has to do with inflammation. “It will be nice if we can put together an animal experiment to prove it,” he said. He agreed definitive experimental data are lacking. But it’s clear from last week’s trial against Johnson & Johnson that such evidence isn’t necessary to convince jurors.

Meanwhile, hundreds of cases are waiting to be heard, including two that Meadows will present in court next month.