In response to antibiotic treatment, bacteria improve their odds of survival by increasing the rate of mutations in their genomes, giving them more chances to become resistant. The tactic isn’t limited to microbes. In a study published in Science today (November 7), researchers have shown that colorectal cancer cells likewise increase their mutation rate to avoid death by a targeted therapy.

Although the finding contrasts with the widely held notion that therapy favors the small number of cells with pre-existing mutations that confer resistance, the authors say that the two strategies likely coexist.

“This study provides compelling new data that challenge the way we think about how targeted treatment elicits resistance responses in colorectal cancers,” Elaine Mardis, a cancer researcher at Nationwide Children’s Hospital and the Ohio State University who did not participate in the work, writes in an email to The Scientist. “The reported results set the stage for testing their extensibility in other cancer types, with other targeted therapies, and in preclinical models.”

When physicians use targeted therapy—that is, treatment that is specific to a type of cancer or tumor as opposed to radiation or non-selective chemotherapy—it usually works for some amount of time, maybe a few months to a year or two. But typically, the cancer  manages to outlive the drug and starts to grow again, a phenomenon called secondary resistance (primary resistance occurs when the therapy never works in the first place).

“Even in the best scenario when the right drug is given to the right patient, even after great clinical response, the disease inevitably comes back. Sometimes it’s even more aggressive than at the beginning,” says Mariangela Russo, a postdoc at the Candiolo Cancer Institute in Italy.

Russo and her colleagues wanted to better understand how secondary resistance develops, so they looked to previous research in bacteria. Under stress, such as that imposed by antibiotic treatment, bacteria can temporarily increase the ability to mutagenize their DNA, which improves their odds of developing a mutation will confer resistance to the antibiotics and allow them to survive. The researchers wondered whether or not cancer cells were also capable of upping their mutation rate to escape death by targeted therapy.

They first treated colorectal cancer cell lines with cetuximab, an antibody that plugs up epidermal growth factor receptors on the surface of colorectal cancer cells, stopping them from proliferating. The drug is approved to treat patients with metastatic forms of the disease. Most of the cells died after 96 hours of drug treatment, but a fraction of resistant cells survived through two weeks of cetuximab. When drug treatment was lifted after two weeks, the formerly resistant cells grew rapidly and became sensitive to the drug again. If the researchers continued drug treatment beyond two weeks, though, cells became permanently resistant.

The team found that mismatch repair genes and homologous recombination genes were both downregulated during treatment, but returned to normal expression levels when the therapy stopped. These findings pointed to a reduced ability to repair erroneous DNA in treated cells and were recapitulated in other colorectal cancer cell lines and in pre- and post-treatment tumor samples from patients.

The authors also determined that cetuximab led to an increase in the abundance of error-prone DNA polymerases, which are more likely to make mistakes while replicating genetic material, and a subsequent decrease in the expression of genes encoding high fidelity polymerases. And treatment did indeed lead to an increase in markers of DNA damage and to changes in the colorectal cancer cells’ genomes: both an increase in mutations and in genomic instability. The drug also set off a stress response, which happens in bacteria that activate mutagenesis to escape eradication by antibiotics.

“There’s lovely evidence here . . . of mutability that is probably stress-induced,” says Susan Rosenberg of Baylor College of Medicine. She did not participate in the current study, but has studied the molecular forces that induce this type of mutagenesis in bacteria. “An important open question—or set of them—has to do with how this whole thing is upregulated,” she says. “What makes it happen? What is the stress response or stress responses controlling it?”

Russo agrees that better understanding how cells adapt during treatment is the next step and essential for translating the work to the clinic. “Finding the mechanism would allow [us] eventually to find new druggable hits,” she says, opening up “the possibility to stop or delay this adaptive mutability and therefore delay the onset of secondary resistance.” 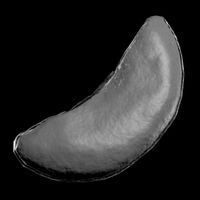