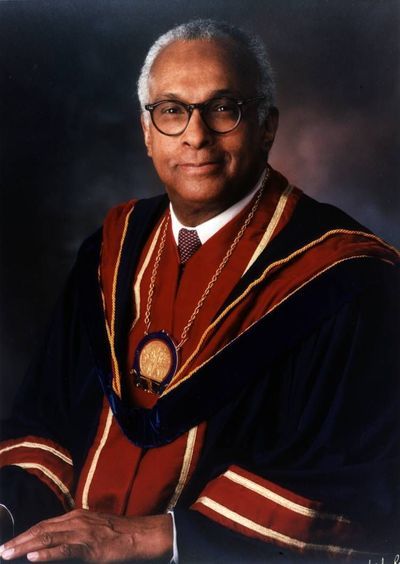 Howard University cancer specialist LaSalle Leffall, Jr. died of cancer May 25 in Washington, DC. He was 89.

Leffall spent more than 50 years as part of Howard’s medical teaching staff and trained more than 6,000 future physicians and 300 surgical residents, according to The Washington Post. He also chaired Howard medical school’s department of surgery for 25 years and was the first African American president of the American Cancer Society, the American College of Surgeons, the Society of Surgical Oncology, and the Society of Surgical Chairmen.

In 1956, he married Ruth McWilliams, and a year later he completed surgical training at Freedmen’s Hospital, which is now Howard University Hospital. That same year, he went on to start two years of surgical oncology training at Memorial Sloan Kettering Cancer Center. Lefall then served in the military as a captain in US Army Medical Corps, serving as Chief of General Surgery at the US Army Hospital in Munich, Germany, from 1960–61.

Upon returning to Howard as a professor, he rose to the rank of chairman of the department of surgery in 1970. In the late 1970s, Leffall took the helm of the American Cancer Society, a position in which he raised awareness about the increasing cancer death rate among blacks, especially patients who had cancers of the head, neck, breast, and colorectum, according to The Post. He also became an expert in surgical oncology, authoring more than 150 articles and book chapters on the topic and serving as a guest lecturer around the country.

In 1992, Leffall was given Howard University’s first endowed chair in surgery and in 2002, President George W. Bush appointed Leffall a member, and later, chairman of the President’s Cancer Panel.

“The great heights reached by Dr. Leffall never kept him from being accessible to students, patients, and staff in a manner that was marked by unconditional love and selflessness. He was a good listener, slow to give or take offense, and always encouraging others to find the broader lesson in seemingly quotidian situations,” Howard University President Wayne Frederick, one of Lefall’s trainees, wrote Sunday (May 26) in a statement.

Surviving Lefall are his wife, his son, LaSalle Leffall, III, and his sister, Dolores Leffall.