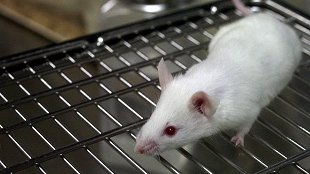 WikimediaRamaOne reason certain tumors can be hard to eliminate is that they contain a variety of different cells. This inherent heterogeneity was thought to be driven largely by the cells’ high mutation rates, but a report published in Science today (December 13) adds to growing evidence that non-genetic factors are also responsible.

“The take home message is, yes, it is important to know . . . what the genetic heterogeneity [of cancer] is, but heterogeneity among genetically-stable [cell lineages] is a factor that you also have to consider,” said Stephen Baylin, professor of oncology at The Johns Hopkins University School of Medicine, in Baltimore, who was not involved in the study.

Cancer cells, by their very nature, tend to be genetically unstable. And it is thought that this instability leads to the generation of tumor cell populations, also known as subclones, that possess different mutations and behaviors....

Of all these behaviors, tumorogenicity—the ability to give rise to new tumors— particularly interested John Dick, a cancer biologist at the University of Toronto. “The only cells that are really important in a tumor, are the cells that are able to propagate that tumor for the long-term,” said Dick. Because, he explained, if any such cells are left behind after treatment, they could recreate a new tumor.

Even among tumorigenic cancer cells, however, behavior is not uniform. A tumorogenicity assay—in which researchers dissociated cells from a human tumor and injected them into mice to form new tumors, then repeated the procedure four more times—revealed considerable variety in the subclones that contributed to the new tumors. Some were detectable in each of the five new tumors, while others dwindled after the first tumor, suggesting they either lost their tumorigenicity, or became dormant. Some subclones were initially undetectable, but became abundant in later tumors, suggesting they had been dormant and then ramped up their proliferation. And others still varied in their contribution from tumor to tumor, appearing to be dormant in some and active in others.

To test if this heterogeneity reflected genetic differences among the subclones, the team performed whole-exome sequencing and other genetic comparisons. To their surprise, the cells were indistinguishable. “The bottom line was that we saw remarkable genetic stability,” said Dick. ”This wide functional behavior of clones . . . was not reflected in their genetics.”

Even more surprising to Dick was the fact that the subclones also differed widely in their responses to a common chemotherapy drug, oxaliplatin—specifically, in their abilities to regrow tumors. Interestingly, cells that had previously robustly turned up in every new tumor dwindled in quantity following treatment with oxaliplatin, while subclones that had not appeared early on began to flourish. “The conclusion that we came to was that there must be non-genetic mechanisms that are governing drug resistance,” said Dick. Not only that, the results also suggested that cell dormancy itself was a mechanism of drug-resistance.

This is important, because it might explain why some cancers recur after treatment, said Dick. “Chemotherapy is mostly targeted to cells that are proliferating,” he explained. Indeed, said Mel Greaves, professor of cell biology at the Institute of Cancer Research in London, “the genetic plus epigenetic or phenotypic diversity of cancer stem cells is probably a major reason for the clinical intransigence of most advanced cancers.”

“There’s a huge enterprise and belief that if we sequence more tumors and identify more mutations . . . that we are going to be able to effect more cancer cures,” said Dick. While he doesn’t doubt the importance of such endeavors, he suggested studying epigenetic and microenvironmental factors affecting cancer cell heterogeneity is also essential. “We should not be putting our eggs exclusively in the genetics basket,” he said.