Donald Pinkel, a pediatrician who revolutionized the treatment for a once-deadly form of childhood leukemia, died last Wednesday (March 9) in his home in San Luis Obispo, California, at the age of 95.

St. Jude Children’s Research Hospital, Pinkel’s long-time place of work, announced his death but did not give a specific cause, reports The Washington Post.

Pinkel was born in Buffalo, New York, in 1926 to Anne and Lawrence Pinkel. In 1944, he joined the Navy, and then went to Cornell University as part of the service’s V-12 program, reports The New York Times. He finished his undergraduate degree at Canisius College in Buffalo, then went to medical school at the University of Buffalo, defraying some of the cost by joining the Army Reserve Medical Command, and earned his degree in 1951. Pinkel specialized in pediatrics, finding his niche in childhood cancer. He completed a series of residencies before the Army Medical Corps called him to an army hospital in Boston in the midst of a 1954 polio epidemic, according to The Buffalo News. 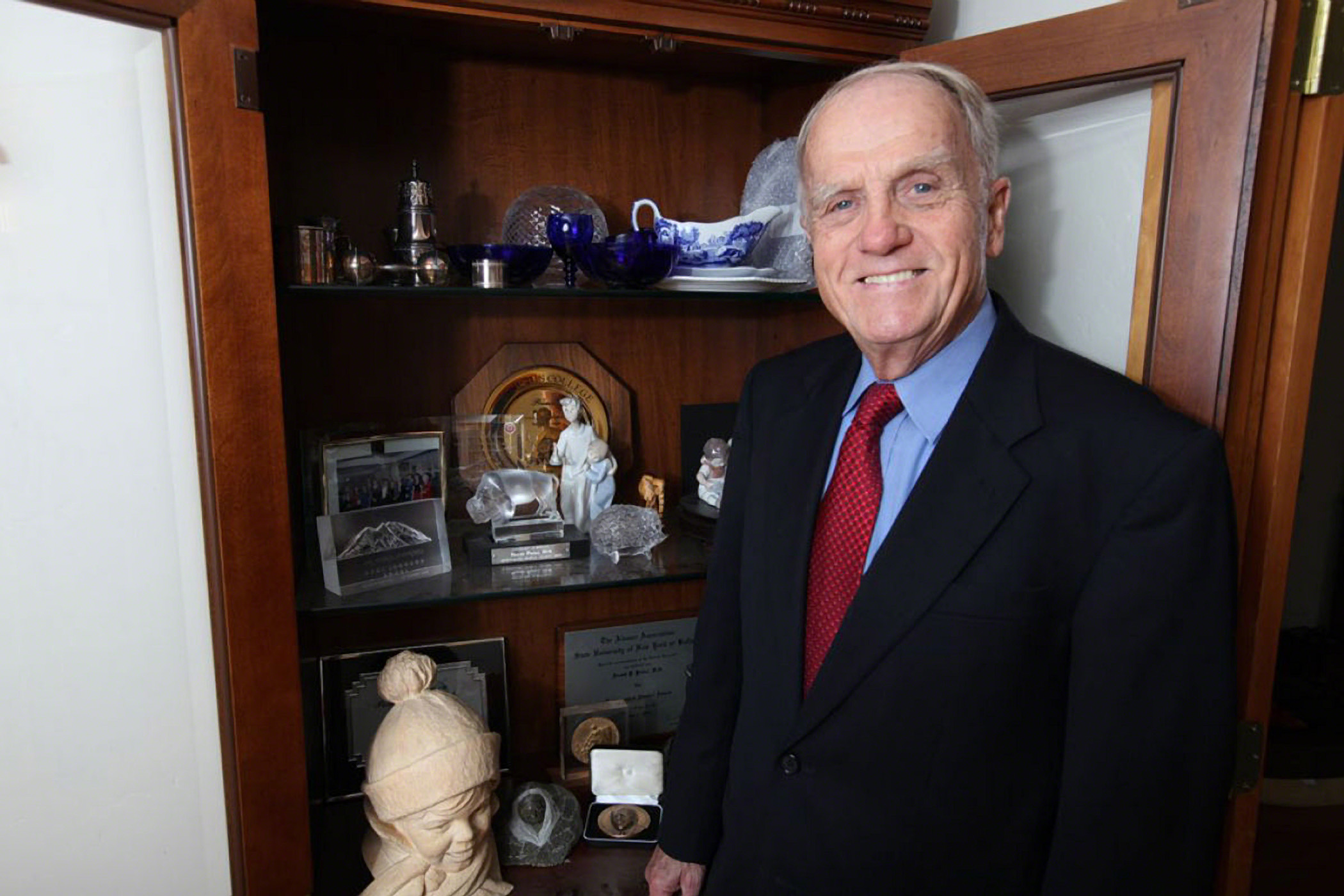 As the hospital’s only pediatric surgeon, Pinkel was stretched thin and eventually caught the disease. It took him a year to recover and regain the ability to walk. Over that year, Jonas Salk’s polio vaccine became widely available. As Pinkel recovered, he watched the once-deadly childhood disease become almost eradicated and decided to try to do the same with childhood cancer, reports the Times.

At the time, pediatric oncology was a bleak field. According to the Times, many of Pinkel’s colleagues thought he was throwing his research career away. The most prevalent form of cancer in children was acute lymphocytic leukemia (ALL), which, at the time, was the biggest killer of US children between ages 3 and 15. The disease had a 96 percent fatality rate within five years.

By then, there were a number of drugs that would drive ALL into remission. But the cancer would almost inevitably return, leading doctors to try a different drug and face the same result.

In 1961, Pinkel was recruited to join a new institution, St. Jude Children’s Research Hospital in Memphis. He initially had reservations. Memphis was highly segregated and the hospital’s founder, Danny Thomas, was a TV personality and comedian who many in the medical field didn’t take seriously. But after speaking to several of St. Jude’s board members, who agreed that the hospital should focus on childhood cancer and that the hospital and its staff should be completely desegregated, Pinkel agreed to join. He also shared Thomas’s vision that the hospital should be need-blind, according to the Times.

“I was sometimes called a communist,” Pinkel said, according to the Post, “because I didn’t think children should be charged for anything. Money should not be involved at all. As a society, we should make sure they get first-class health care.”

Pinkel became the first employee, chief executive, and medical director of St. Jude. There, he began to pursue aggressive new treatment options for ALL. Instead of using one drug or treatment at a time, he pursued them all at once, reports the Times.

Pinkel gave patients strong doses of chemotherapy until their cancers went into remission. He would then give them courses of radiation and inject drugs into their spinal columns. His aggressive treatments were fatal for some patients.

By 1968, he achieved the results he wanted with his approach, which he dubbed Total Therapy. In one study published in 1971, 20 out of 31 patients treated with Total Therapy went into complete remission. He continued to refine his Total Therapy protocol and increased the five-year survival rate of ALL to 80 percent over the next decade. Today, the 5-year survival rate for ALL is 94 percent. Doctors still use Pinkel’s framework, according to the Times.

“He really is the man that cured leukemia,” James Downing, the current president of St. Jude, tells the Times.

During his studies, Pinkel noticed that children from low-income families, most of them Black, tended to have worse outcomes. Pinkel helped launch a program to provide Memphis families with supplemental nutrition. That effort provided the model for the federal government’s Special Supplemental Nutrition Program for Women, Infants and Children (WIC), reports the Times.

Pinkel received the Albert Lasker Award for Clinical Medical Research in 1972, the Charles F. Kettering Prize for Cancer Research, and numerous other awards and honors. He left St. Jude in 1973, and worked at several hospitals and medical schools in Wisconsin, California, and Pennsylvania, and Texas, according to the Post. He retired from medicine in 1994 and settled in San Luis Obispo.

Pinkel is survived by his wife of more than 40 years, Cathryn Howarth, a pediatric oncologist; nine of his children; a sister; 16 grandchildren; and five great-grandchildren. A son, Christopher Pinkel, died in 2019.