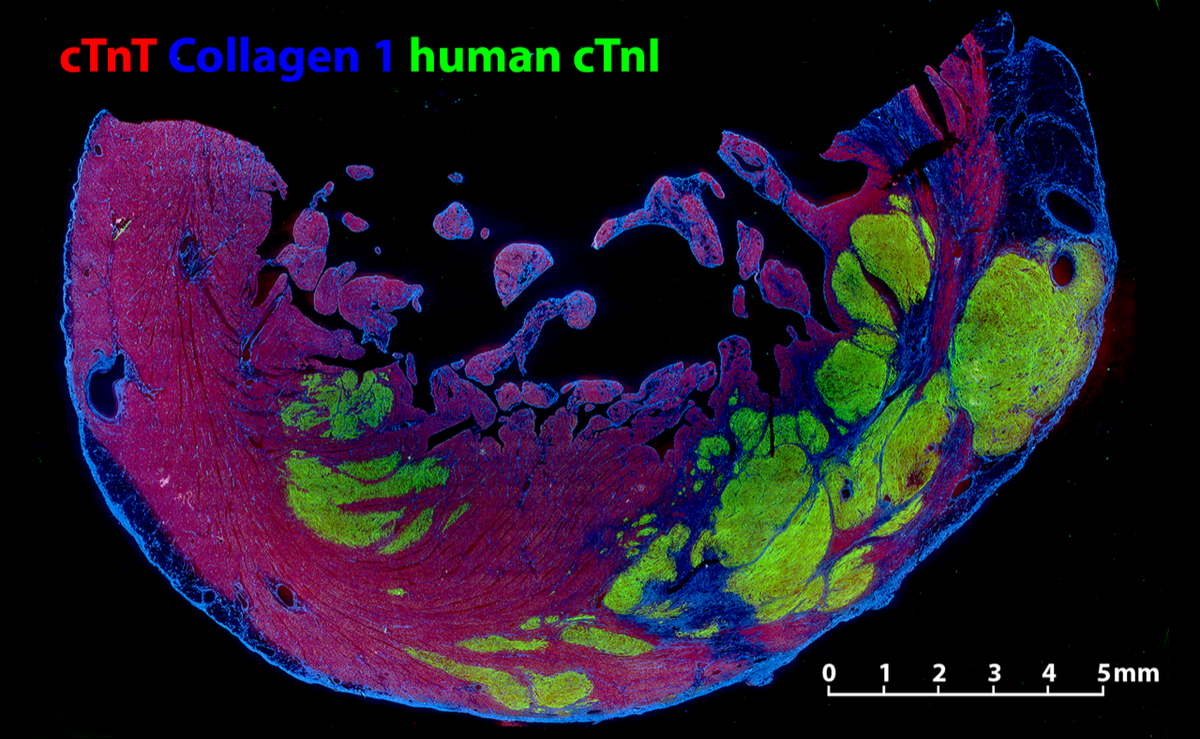 Injecting human cardiac muscle cells into monkeys that suffered heart attacks helped the animals’ damaged hearts pump blood better, researchers report July 2 in Nature Biotechnology. The treatment is based on the reprogramming of human embryonic stem cells, and the results move the therapy a step closer to clinical trials.

“We're talking about the number one cause of death in the world [for humans],” study author Charles Murry, director of the Institute for Stem Cell and Regenerative Medicine at the University of Washington, tells CNN. “And at the moment all of our treatments are . . . dancing around the root problem, which is that you don't have enough muscle cells.”

When a heart attack goes untreated, blood is blocked from flowing to the heart, which leads...

Joseph Wu, director of the Stanford Cardiovascular Institute and a professor in the medical school's departments of medicine and radiology who was not involved in the study, tells CNN the improvement in pumping capacity is “impressive.”

However, some of the monkeys had irregular heartbeats after the cardiac cell transfusion. “That is a very important observation because now you can perhaps begin to design a strategy to get at what is happening. How can we prevent this from happening?” John Gearhart, a professor at the University of Pennsylvania's Perelman School of Medicine and School of Veterinary Medicine who was not involved in the study, tells CNN. “And that totally, to me, is the story of this paper.”