Many regard felines as indifferent to their human companions, but cat owners may beg to differ—and now they research to back them up. A study published yesterday (April 4) in Scientific Reports suggests that domestic cats can distinguish the sounds of their names, even if they don’t come when called.

“I think many cat owners feel that cats know their names, or the word ‘food,’ but until now, there was no scientific evidence to back that up,” Atsuko Saito, a psychologist at Sophia University in Tokyo and one of the study’s authors, tells Science News.

The project examined the responses of cats from Japanese homes when they heard a series of words spoken by their owners or a researcher. The humans uttered four nouns that were similar in cadence and length to the cat’s name and then the actual name. Most cats reacted to the first word, but their responses tapered off afterwards. Then at the sound of their own moniker, even from an unfamiliar voice, cats tended to perk up—moving their heads or ears, flopping their tails, or meowing.

The responses could be pretty subtle, sometimes just a twitch of the ear. “Cats are just as good as dogs at learning—they’re just not as keen to show their owners what they’ve learnt,” biologist John Bradshaw of the University of Bristol tells Nature.

To test if cats were simply responding to a familiar word, the researchers tested how animals living with at least four other cats reacted in a similar test. They replaced the first four words with names of cohabitating cats and then followed it with the cat’s own name. Only a quarter of the cats’ responses petered out as they heard the roll call, suggesting that felines from multi-cat households attach significance to all of the names, perhaps hoping it means a treat will follow. The cats whose attentions did lag when they heard other cats’ names, however, reacted strongly again when they heard their own, hinting that at least some felines can pick out their own names, Nature reports.

In the cat café environment, where patrons come to watch and play with the felines, animals similarly responded to their own names more than to general nouns, but cats also responded to the names of other animals, Saito’s group found. As cats in the café often hear their own names together with those of other cats, they may be more likely to associate the whole batch of names with a reward or punishment, according to the authors.

Even still, “I think the sum total of results across the studies provides compelling evidence that the cats’ names are of special significance to them,” Jennifer Vonk, a cognitive psychologist at Oakland University, tells Nature. 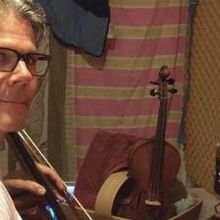 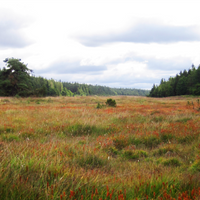