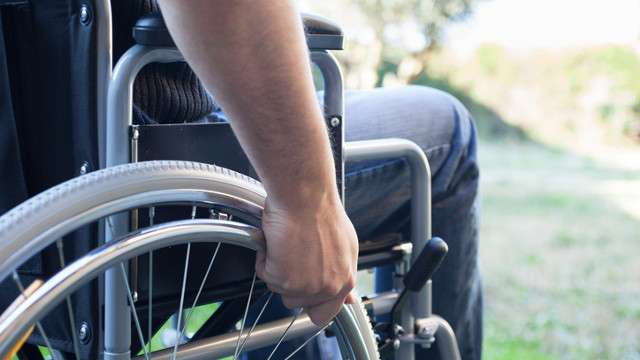 ISTOCK, MINERVA STUDIOFour patients with chronic spinal damage and a complete loss of motor and sensory functions below their waists have received transplants of human neural stem cells in a first-of-its-kind clinical trial. A report in Cell Stem Cell today (June 1) documents the procedure and the subsequent clinical follow up of the patients, who exhibit no signs of untoward effects but rather tiny hints of improvement.

“It’s an extremely interesting and important piece of work,” says neurologist Eva Feldman of the University of Michigan who was not involved with the work. “The rodent model results were very compelling and . . . laid the groundwork for this very small, proof-of-concept safety trial.”

While these results seem tantalizing, “the numbers [of patients] are extremely small,” says Feldman, and “the patients themselves notice no change in function or quality of life.”

Three of the four patients were deemed by...

Severe spinal injuries can have devastating consequences, often leaving patients with complete paralysis below the injury site and with little hope of recovery. While there is currently no therapy that can promote neuronal repair in such patients, evidence from animal studies, including those carried out in primates, has indicated that transplantation of human-derived neural stem cells to the site of injury can promote some functional recovery of downstream musculature.

Previous work by Joseph Ciacci and Martin Marsala of the University of California, San Diego, and colleagues has shown that the human neural stem cell line NSI-566, which is approved by the US Food and Drug Administration for use in patients, can improve motor and sensory neuronal function in rat models of spinal cord injury. In their new study, the researchers show that these cells survive long-term in the rats and produce extensive new nerve endings. They also show that the cells cause no adverse reactions in pigs. Based on these and other preclinical studies, the team decided to proceed with a small trial in humans.

Ciacci, Marsala and their team performed cell transplantation on one woman and three men between 24 and 35 years old who had suffered mid-thoracic spinal injuries as a result of motor vehicle accidents. In all cases, the severity of spinal damage was enough to cause a complete loss of motor and sensory functions below the injury site and, after a year, it was deemed that the patients “had essentially no chance of any type of spontaneous recovery,” says Ciacci.

Each patient received six intraspinal injections of 200,000 cells per injection, and was assessed for motor and sensory function at regular intervals postoperatively—at two weeks, every month for six months, and every six months thereafter, up to at least 18 months.

None of the patients at any of the follow-up time points reported feeling that they had an improved quality of life. Three of the four patients, however, were deemed by examiners to have very slight improvements in sensation and muscle movement. That is, the patients could feel or move muscles further downstream from the injury than they could prior to treatment.

“The only conclusion one can draw from the results in patients is that the procedure was probably safe,” neuroscientist Mark Tuszynski of the Center for Neural Repair at the University of California, San Diego, writes to The Scientist in an email.

Tuszynski argues that it might have been premature to do the study because the existing preclinical animal models are not representative of patients with chronic injuries. In the animal studies, he explains, cells were transplanted just one or two weeks after injury, while the patients in the trial had been suffering paralysis for more than a year. “There was never an animal study done to show that this approach could be useful in chronic spinal cord injury, which I think is essential if one is treating chronically injured patients,” Tuszynski writes. “I am not sure why this clinical trial was done when such data was lacking.”

In response, Marsala says that, after a week, “with respect to pathology, [the rats] show a very similar level of injury development” to that of the patients, “so we feel quite confident that it is reflecting the chronic state.”

In conclusion, says Feldman, “the important take-home message of this paper is that there is more work that should be done because clearly the surgery is safe, and maybe or maybe not there is an efficacy signal.”