This year’s Nobel Prize in Physiology or Medicine goes to William Kaelin of the Dana-Farber Cancer Institute and Harvard Medical School, Peter Ratcliffe of the University of Oxford and the Francis Crick Institute, and Gregg Semenza of the Johns Hopkins University School of Medicine “for their discoveries of how cells sense and adapt to oxygen availability,” the Nobel Assembly at the Karolinska Institute announced today (October 7).

In 1995, Semenza’s lab was the first to identify the genes that encode hypoxia-inducible factor-1 (HIF-1), a transcription factor that alters cellular responses to low oxygen. His group found that HIF-1 responds to low oxygen levels by controlling which genes are used in a cell. The protein enables cancer cells to live in the low-oxygen conditions found within tumors, and helps the body respond to cardiovascular events that limit oxygen flow to parts of the body.

“That was a major accomplishment, but for years after that, nobody knew why it was that this transcription factor was turned on during low oxygen conditions and then turned off during high oxygen conditions,” Paul Schumacker, a hypoxia researcher at Northwestern University Feinberg School of Medicine, tells The Scientist.

Kaelin and Ratcliffe then uncovered the cellular mechanisms behind the regulation of HIF-1. Kaelin’s 1999 study of the tumor-suppressor gene VHL, which helps control HIF, has been crucial for understanding cellular responses to changes in oxygen levels, according to a Harvard Medical School press release. Mutations in VHL cause von Hippel–Lindau disease, a disorder that results in cysts and benign tumors. Following the discovery of VHL’s link to HIF, Kaelin and Ratcliffe independently published papers in Science in 2001 on how the VHL protein recognizes and binds to HIF.

“All three of them won the Lasker Award . . . so it wasn’t too surprising that they won the Nobel Prize today,” says Schumacker. “I congratulate them for spectacular pieces of work that opened the doors for many, many others to study facets of this transcriptional regulation in an important field.”

“It’s fantastic research that they’ve done,” Eamonn Maher, geneticist at the University of Cambridge who has collaborated with Kaelin and Ratcliffe, tells The Scientist. “It’s great that the research on a very rare disorder such as von Hippel–Lindau disease was instrumental in providing the insights into something as fundamental as oxygen sensing . . . the observations that they’ve made are wonderful,” he says.

The three winners will equally split the prize of 9 million Swedish kronor ($908,640 US). 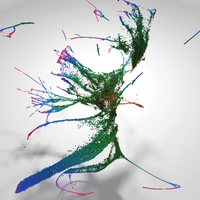