The first time Nico Dosenbach read his colleague’s study in 2013, “I knew that I’d been doing neuroscience wrong for a long time,” he says. “It was like an epiphany.” To find out how an individual brain might vary from day to day, Russ Poldrack, then of the University of Texas at Austin, had been scanning himself regularly for a year.

The approach made perfect sense to Dosenbach, a neuroscientist at Washington University in St. Louis—rather than pooling data from a whole bunch of people and averaging the results, repeating the same scan on the same brain would allow him to sort signal from noise and get a clearer picture of its organization. Combining data on different people “doesn’t work all that well for figuring out how an individual human brain works,” he says.

Such an undertaking also has its drawbacks. For one, lying motionless in a tube while buffeted by loud banging noises isn’t for everyone. More importantly, time in an MRI machine isn’t cheap. While Dosenbach was mulling how he might do the study he envisioned with his limited research funding, a Washington University colleague mentioned to him that time in the school’s MRI scanner was discounted by 90 percent after midnight each night. So it was that the Midnight Scan Club, whose 10 members have since generated a trove of data on the brain, came to be.

In a study that appeared last week (October 25) in Neuron, Dosenbach and his colleagues report what those late-night data reveal about the cerebellum, a region nestled underneath the cerebral cortex at the back of the skull. Their results suggest the anatomy of this region is highly individual, and that it is involved in not only coordinating and smoothing out physical movement—its most famous function—but in running quality control of our thoughts.

I knew that I’d been doing neuroscience wrong for a long time. . . . It was like an epiphany.

Most people think that the seat of our thoughts is the cerebral cortex, says Nate Sawtell, a neuroscientist at Columbia University’s Zuckerman Institute who was not involved in the work. The new paper’s “provocative suggestion,” he says, is that “maybe what makes you you is not just the cerebral cortex, but a more distributed network.”

The first member of the Midnight Scan Club was Dosenbach himself; he reasoned that “if I can do this, if I can come in at night, lay in the darkness still without falling asleep for 30 minutes repeatedly . . . then maybe other people can do it.” He felt nervous the first time, but found he enjoyed being scanned. After that, “recruitment got really easy, because lots of other neuroscientists just wanted to try this,” he recalls. Each did 10 sessions in the machine over multiple nights.

The resulting dataset is on what’s known as resting-state fMRI, meaning that subjects weren’t asked to perform any task as they were scanned; their minds were free to wander. When the researchers in this study analyzed the data, they looked at the patterns in blood flow that indicated how the cerebellum was working and communicating with the cerebral cortex. If certain areas tend to become activated concurrently, it indicates what neuroscientists consider to be a network. The research team looked both for generalizable patterns in these networks, and for differences between individuals.

The mountain of data was particularly useful for taking stock of the cerebellum, an understudied region of the brain that has a worse signal-to-noise ratio in fMRI than other areas of the brain, Dosenbach says. He says he thinks the difficulty in getting high-quality scans of the region may have contributed to the relative paucity of studies on it.

Neglect of the cerebellum extends to nonscientists, notes Julie Fiez, a University of Pittsburgh neuroscientist who was not involved in the study but who has worked with two of its authors in the past. “If you just type in ‘brain’ and look at what kinds of images come up on Google . . . most of what you’ll see will be the brain without the cerebellum attached, even though it has more neurons than the rest of the brain,” she notes. The region was once thought to be used only for movement, and while that’s no longer the understanding, its role in cognitive functions is still poorly understood.

In contrast to the cerebral cortex, where injuries tend to cause clear cognitive issues, damage to the adult cerebellum tends not to have such demonstrable cognitive effects, Fiez says. Yet anatomical studies in humans and other primates have found strong connections between the cerebellum and parts of the cortex involved in higher cognitive functions.

See “How Blasts Affect the Brain”

And in the Midnight Scan Club data, activity in cortical areas associated with those higher cognitive functions was soon followed by activity in connected regions of the cerebellum, revealing integrated networks between the two, the authors say. “The regions that are involved in these executive functions . . . in the cerebellum, they temporally lag behind the cortex by several hundred milliseconds,” says Scott Marek, a postdoc in Dosenbach’s lab and first author on the study. He thinks nascent thoughts are relayed from the cortex to the cerebellum, which “has some sort of internal model about how the world should be, and if [the signals are] correct, great, the output goes out, but if not, then those signals get relayed back to the cerebral cortex to adjust the output.”

In essence, the cerebellum appears to be performing quality control over our thinking—something it’s already known to do for motor functions. Fiez says other neuroscientists had suspected it does so in higher cognitive functions, and she agrees with Marek that the new results are evidence for that hypothesis.

Dosenbach says he thinks the reason damage to the cerebellum doesn’t have more obvious effects on particular cognitive functions may be that its quality-control function refines many of our abilities. So while cerebellar deficits could be picked up through careful cognitive testing, they would be hard to detect in a typical bedside exam.

To get a sense of the importance of the cerebellum, Dosenbach points to the inhibition we lose when we drink. “The cerebellum is extremely sensitive to alcohol,” he says, pointing out that the classic roadside tests for sobriety look for the effects of an impaired cerebellum, such as slurred speech and poor balance. “All the bad ideas drunk people have . . . that’s probably failure of the cerebellum editing your thoughts.” 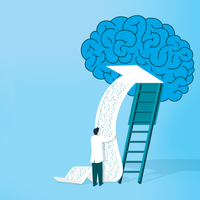 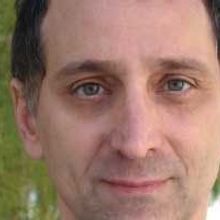 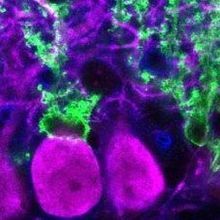